Trucks available for loads back to UK

Imbalance of trucks and incredibly challenging circumstances for drivers

Logistics are challenging at the moment to say the least. As imports and exports are changing, demand for trucks is also changing.

Eardley International have been in the logistics game for a long time and are having to adapt to the new situation They also have a truckstop in the Scottish borders and are trying to keep facilities up and running for drivers.

“We are working many more hours to sort out the challenges,” explains Graham Eardley. “We are very busy, but we have ended up with an imbalance with no loads to bring back into the UK from the Benelux area.”

They are asking European food production companies, transport companies, or anyone with goods to bring into the UK from Germany, Belgium, and/or Holland to get in touch. “We currently have extra fridge trucks available in these countries and we are looking for loads back to UK. Anything refrigerated or dry cargo that can load in a frigo box. Urgent air freight is also possible.” 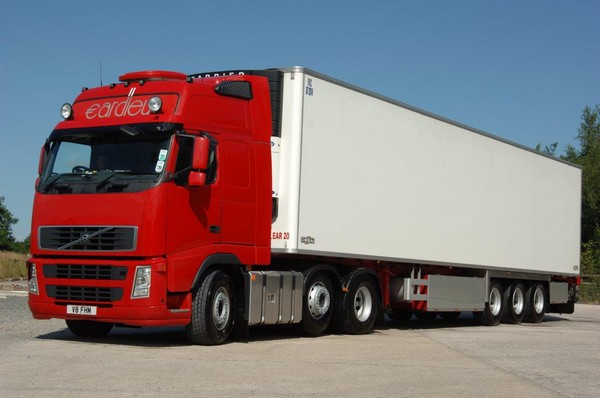 “Our main cargo out of the UK is fresh meat but what we have found is that imports to the UK, food wise, have pretty much crashed partly because factories making these products have closed but also because the UK was very heavily stocked in the run up to Brexit. Cold stores were at 90% capacity so there is a lot of stock in the UK at the moment.

“All our trucks are double manned as most of our drivers are husband and wife teams. We went down this road a few years ago and now it means that because they are from the same family we don’t have any social distancing issues. The teams which are two men from separate families are two guys sharing a cab for 3-4 weeks at a time and are basically isolated in their cabs.” 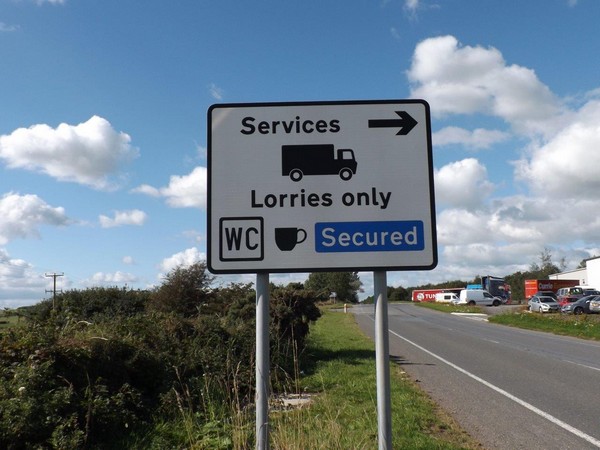 Truckers are facing extremely difficult circumstances at the moment as cafes have closed and many truck stops have closed their facilities such as showers and even toilets. Drivers have nowhere to go for basic hygiene needs and nowhere to get food on the road.

Graham has been appealing to the Scottish Government to allow them to open the café for more than just take away food.

“We have taken this issue all the way to the top. When the lock down went into place all restaurants and cafes had to close so we took the government to task. Within the legislation there was a caveat that works canteens could stay open. We argued that in this emergency environment we are effectively working as a works canteen for HGV drivers. There were no members of the public coming in and we were able to properly space out seating. Local councillors and trading standards agreed with our strategy, so we were able to provide a few chairs for drivers to sit and eat their meal. Unfortunately, a few days later the Scottish government put a stop to this and we had to go back to take away only.”

Eardley’s truck stop, The ’fechan Diner, is one of the very few places open on the motorway network still serving the needs of drivers. Many are completely shut. In the beginning drivers could only get cold sandwiches to eat along the motorways and even that was very limited, but things have moved on a little bit and some places have opened for take away, but these drivers, some of whom are away from home for weeks on end, are having to eat three meals a day from their cab off a polystyrene tray.

“We felt that by giving the drivers this clean, sanitised environment to eat in, where we could ensure they were two meters away from other drivers they were safer than if they stopped in a lay-by to eat and come into contact with other drivers where no distancing is imposed.

There has been a lot of talk about physical and mental welfare of people during this lock down and yet drivers are not allowed out of a 6x6ft cab to eat a meal off a real plate with a knife and fork at a table.

“We are also one of the few places which has kept our toilet and showering facilities open.We have increased our cleaning regime to ensure they are safe for the drivers. It is more important than ever that they have access to facilities and can keep clean and wash their hands.

“It is quite shocking that when drivers are arriving at some of the regional distribution centres of the major retailers, they are being treated like lepers. They are being told they can’t leave their cabs or use vending machines.Initially they were not even allowed to use the toilets although some of this has since changed, this is very hard for the drivers.The mental stress of being treated like this when they pose a no greater risk than other people is wearing. It could actually be argued that drivers are in effect self-isolating when they are on the road: they don’t interact with other people as they are in their cabs for 10 hours a day.”

Drivers are essential, without them bringing supplies into the country, no one would be able to do their jobs. The NHS would have no supplies, supermarkets would have no food on the shelves and the country would fail to function.

These issues are not limited to the UK. it is Europe wide.

“For all the major challenges faced by key workers around the world at the moment, drivers are the only ones who have faced such a fundamental change in their daily regime. Other workers can go to the canteen, go home at the end of the day, sleep in a bed and eat from a plate at a table. People who are making the decisions don’t seem to understand this.”