It's a complex period for the packaging sector, especially for an international company such as Infia. The current situation upset the balance achieved and the frost that hit various areas in Italy and Europe in March and April also contributed. FreshPlaza talked about it with Fabio Zoboli (in the photo below), sales director at Infia Group.

Fabio Zoboli (FZ): 2020 started well with a slight growth in volumes during the first two months compared to 2019. Volumes remained good in March and until Easter. Demand has since slowed down on a European level, as may increased their orders at the start of the epidemic for fear of halts in production or in logistics.

FP: How did domestic packaging demand react?
FZ: The Italian market was fine during the first three months, especially in March. Demand for packaged produce grew, certainly also thanks to consumers being more careful about the hygiene of products purchased. Things have slowed down in April and we are going back to normal, although there is still a preference for packaged produce.

FP: Any estimates for the summer period?
FZ: The Italian production will definitely deal with a lack of produce caused by the frost in late-March/early-April. Emilia-Romagna will be one of the worst-hit, but there will be a considerable shortage of apricots, peaches, nectarines, plums and cherries in the rest of Italy as well. 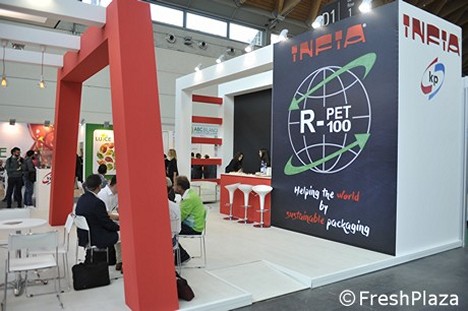 FP: How are sales proceeding abroad?
FZ: We experienced significant drops overseas as the strengthening of the Euro reduced our competitiveness compared to local producers. Luckily these drops were compensated by the rest of Europe and North Africa.

In April, there has been a considerable drop especially in Spain, as the strawberry campaign coincided with the peak of the Coronavirus crisis. The Huelva province, just like most of European agriculture, employs a lot of foreign workers from both Morocco and Eastern Europe. The closing of the borders and general uncertainty meant there was no workforce available at first, but now it seems that the problem has been solved.

In Spain and in other European countries, Germany and England in particular, the local governments immediately activated to create the conditions so that personnel could be available. 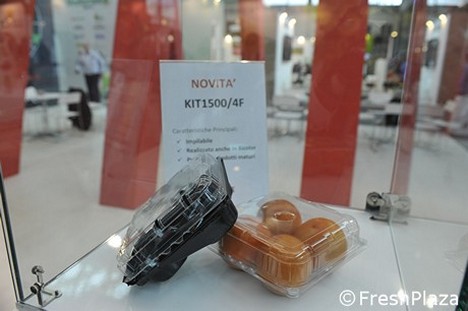 Two examples of trays in a fair

FP: Is there a feeling of uncertainty within the sector?
FZ: This epidemic certainly changed the lives and purchase habits of millions of Europeans, with a drop in the consumption of fresh produce in the catering segment and an increase in consumption at home. There has been a lot of uncertainty with extreme fluctuations between one week and the next. In many cases, especially when it comes to retailers in northern Europe, programs were cancelled and things changed day by day, causing great price fluctuations. Some categories benefited from it, such as apples, citrus fruit and potatoes, while others like the tropical and small fruit segments suffered. It now seems things are somewhat going back to normal.

FP: Have there been logistic problems for deliveries abroad?
FZ: No, after an initial difficulty when it came to finding vehicles, there have been no particular problems.

FP: How are 100% R-PET sales going?
FZ: All of our production has been 100% R_PET for over a year. Feedback is so good that working with recycled PET has become a pre-requisite when dealing with all European supermarkets. The paradox is that, due to the strong demand of recycled plastic, R-PET used by punnet producers now costs more than the virgin material. 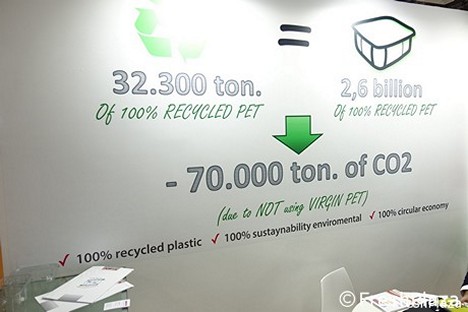 FP: Have you changed your programming on a domestic or global level?
FZ: We have not. What we have changed is our internal organization of work. When we learned about the risks linked to the Coronavirus, we reviewed or work method entirely. All the personnel that was not strictly necessary started working from home. Shifts were staggered so as to ensure the maximum safety and protection. Despite the difficulties, we have managed to remain fully operational so far despite the difficulties.