Following a frost early last week, growers are determining how much of a Colorado peach season is left now.

“What we do know with certainty is that we have significantly less than a full crop. What remains to be seen is what portion of a full crop do we have?” says Charlie Talbott of Talbott Farms in Palisade, Co.

Talbott notes that Colorado peach season generally begins around July 15th, peaks throughout the month of August and then winds down the third week in September. “My belief is the loss is something along the lines of 10-15 percent left of a crop across a growing area,” he adds.

Normally in the region—and in this case—wind machines are used to try and prevent the frost. “There were hundreds of wind machines throughout the growing area and every one of them was running full tilt as we froze out. Generally, they save a lot of crops. But there’s a threshold below which the frost is too much and that’s what we experienced,” says Talbott. 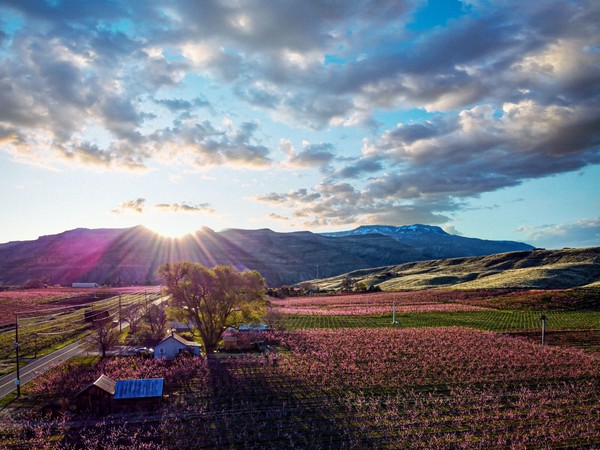 How much loss?
Talbott says by the end of this week, he should have within a five percent accuracy of what the crop forecast and also whether it’s financially viable to run frost protection measures should another cool night occur.

Meanwhile, The Colorado Farm Bureau has asked the Department of Agriculture to declare the region a federal disaster area. This move would help quality fruit farms for federal relief.

“And another question now is: what do we do with all of our workers? Without a thinning job which would be the next four to five weeks of work leading up to harvest, we’ve got to make a decision around can we retain our workers or not?” he says, adding that Talbott Farms has made efforts to find other opportunities for its H2A contract workers with growers in other districts.

Talbott adds that before the frost, the crop was looking strong. He also has concerns about what a crop loss does for the bigger picture of peach growing in Colorado. “We do have a wonderful peach industry on the West Slope that is growing in total volume gradually every year. So, we’ve got a lot of young new orchards and replacement orchards every year coming into production,” he says.

“So, sitting out of the game for a year will elevate our challenges in making sure our marketing is in place for even greater volume next year provided we do have a crop. That said, this is the nature of the beast. We do have crop failures and it’s always discouraging. But we’re in the produce industry and it’s filled with optimists and survivors and that’s what we are.”