Frost once again affected production areas in Campania and damaged potatoes and persimmons between April 15th and 16th. It is the third frost in a month and this time it hit the Acerra and Nola areas and part of the Caserta and Naples provinces. In some parts of the Salerno province, temperatures dropped to zero but did not cause particular damage. 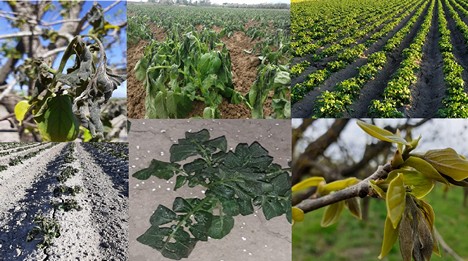 "This year, frost will affect the harvesting of new potatoes. Crops in Acerra and Marigliano (NA) have been particularly damaged. The fatal blow has been the frost of April 15th-16th, which added to the frost of March 23rd and 26th and the strong winds of the past week."

"We have not been able to quantify damage yet, but climate stress could decimate the produce to be harvested in late May. We expect yields to be low and potatoes to have medium-small grades," reports Vincenzo Bucciero, sales manager of F.lli Bucciero Srl, a company specializing in the commercialization of high-quality potatoes under the PATATI' brand. 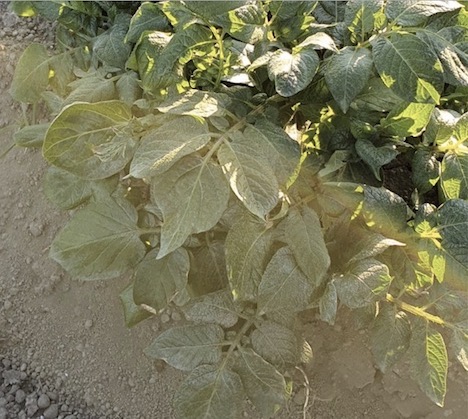 The sun rises over the plants affected by frost

"As if the frost was not enough, the following day was sunny and temperatures reached 25°C, proof that the climate is definitely out of control. Producers are disheartened as all their efforts were in vain. Not to talk about the investments made to protect tubers. We know perfectly well that it is the strong sunlight combined with the peculiar temperatures that compromise plant development."

Gaetano D'Amico from a company in Acerra (NA) adds that "potatoes in the Acerra area have almost all be compromised by frost. The damage is significant, also because harvesting would have started in June, so plants had already grown. I hope not all is lost when it comes to the plots I sowed later, as plants are still young. The most disappointing part is the fact that all my investments were made in vain: around  €50 thousand for 20 hectares." 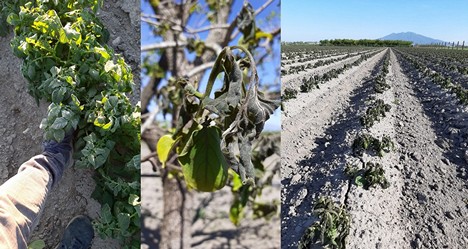 Persimmons have been affected as well, reports entrepreneur Mimma Divano. "No one was expecting it and the frost damaged 99% of crops in the Acerra area. Unfortunately we have very few ineffective means of safeguarding our crops from these phenomena. However it is still too early to make an assessment as regards the 2020 campaign."

Michele Capasso from Verdicchio adds that "frost affected young plants as well, so the grafts we had just made will not grow. Plants in the old crop that are 8 metres tall were unaffected as the frost focused mainly on the low parts."

Other producers report that "summer fruit seems unaffected, though potatoes and green beans that had just been sown were heavily damaged."