Tamarillos to give New Zealanders a health kick this season

New Zealand tamarillo growers are hoping that the health benefits of the fruit, can help drive consumer consumption, especially this year with the coronavirus outbreak.

Robert Morris from the New Zealand Tamarillo Growers Association Inc. says the fruit rates highly as a source of vitamins, minerals and antioxidants when compared with other common fruits and vegetables.

"We keep hearing about the rise in sales of lemons due to the vitamin C benefits, but the tamarillo is also very high in vitamin C," he said. "It is extremely high in vitamins A, C, B1, B2, B3, and B6. Also, it is high in potassium, magnesium, copper, and iron." 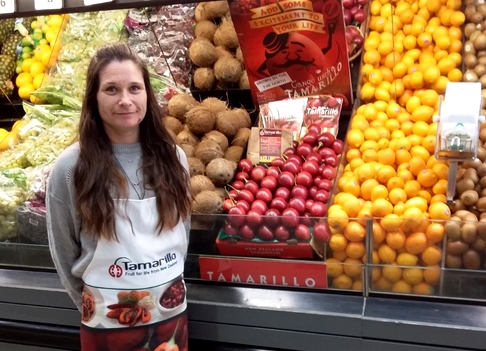 While demand for the fruit remains strong due to increasing awareness of its unique flavour and nutritional qualities, the association notes research from the Canadian Academy of Sports Nutrition. It found the fruit is a powerful antioxidant and essential for visual health, while flavonoids and phenolic compounds have antioxidant, anti-inflammatory, cancer-preventing, and immune system enhancing properties. 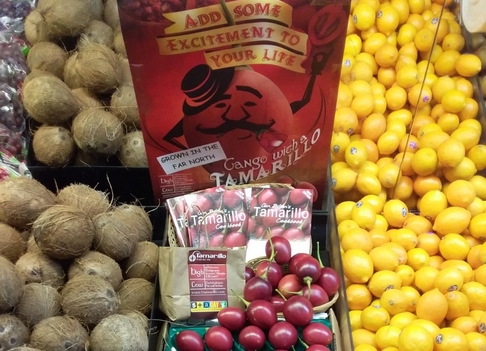 The Northland season has just commenced, with fruit only being on the markets for around a week or two so far, and the national season lasts until November.

"We are in the far north of New Zealand, and we are subtropical, so our fruit ripens before anyone else’s fruit," Mr Morris said. "The season is quite long for tamarillo, compared to other fruit like feijoas. After Northland, we go down to the Auckland area and Bay and Plenty. That's about as far south as we go commercially. There are smaller growers on the South Island that have subtropical areas, but we are basically from Northland to the Bay of Plenty and out Gisborne way." 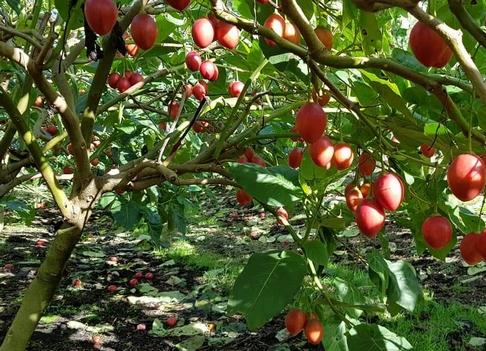 Tamarillos were first introduced into New Zealand from Asia in the late 1800’s. There are three main varieties grown in New Zealand; red, gold and amber. Annually, the country produces roughly 600 tonnes, but Mr Morris says it was once much higher until an outbreak of Liberibacter, which killed a lot of the trees off.

"We basically had to restart and it actually took a while to get control of it," Mr Morris said. "It decimated the industry quite severely; we went from around 100 growers to around 30. It used to be an industry with growers with maybe 500 trees, but after the disease hit, we are now basically down to commercial growers with 2,000 trees or more. A few have 15,000 trees, and we are always trying to encourage more people to enter the industry. The market is there, we just need to promote it more." 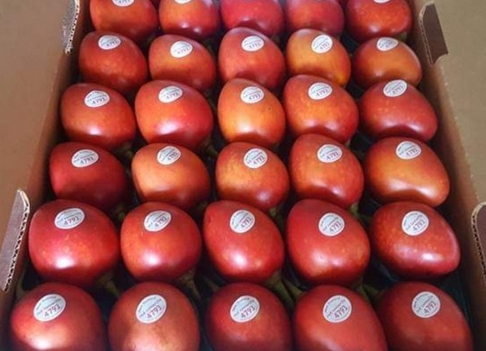 This year, Mr Morris admits that growers have had challenges with the dry weather. The season has started slightly later this year compared to previous years.

"Our conditions are warm all year round, so that with a lack of rain, has severely impacted the size of the fruit - but the quality is still very good," he said. "Especially from the north, where we are, the sweetness is extremely high, and has a completely different taste to those from down south." 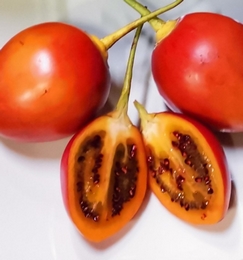 Currently, due to lockdown restrictions across New Zealand, the fruit is only available at supermarkets, until independent fruit and vegetable stores re-open.

"While what we have supplied has sold alright but there are not as many outlets for people to go to at this point in time," Mr Morris said. "We do a little bit of export to, mainly to America, but we are not too sure how stable that market will be. We are looking for more export markets as well to expand."