The current market for all citrus fruits is characterised by exceptionally high demand and quite high prices. "Business with citrus is going extremely well, we are even selling more than in the pre-Christmas period," says Michele Lomma, managing director of the Basel import company Rodi Fructus AG. Meanwhile, the total quantities of this year's Spanish citrus harvest were below average, so that an early end to the season and corresponding bottlenecks are to be expected. 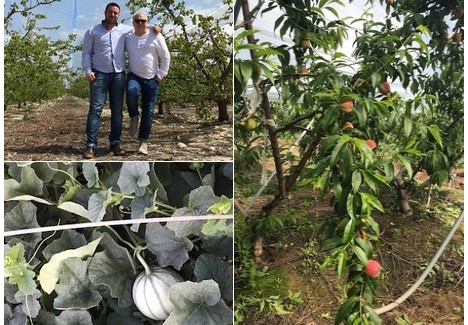 "Sales of citrus fruits are currently estimated to be 50 percent above the normal level at this time of year," Mr. Lomma says about the current conditions in the tropical fruit trade. Oranges in particular are particularly popular during the crisis because of their high vitamin C content. The extraordinary volume turnover of tropical fruits logically poses great challenges for the Basel import company. "Thanks to our longstanding and close partnerships with growers, forwarding agents and other logistics partners, we have everything under control so far. In the important growing countries - mainly Spain and Italy - work is carried out practically around the clock and extraordinary results are achieved."

Supply shortfall announced
Citrus fruit is still available in sufficient quantities, but could soon become scarce. Lomma: "The Northern Hemisphere citrus campaign is expected to end early this year. Firstly because huge quantities of late oranges have been sold in the last few weeks. Secondly, the harvest this year was generally below average in both Spain and Sicily. So, depending on the growing area, we will be ready in Spain 2 to 3 weeks earlier. In Sicily, the supply of Tarocco half-breed oranges will be running out by the end of April, about a month earlier than usual."

Apart from oranges, Spanish lemons are currently in great demand. Due to the lockdown in Turkey, the company is almost exclusively dependent on the supply of Spanish goods. Grapefruits, on the other hand, are not traded in larger quantities than normal, according to Michele Lomma (r).

Due to the current volume turnover, the change of season to the southern hemisphere is also coming under pressure. "We hope to be able to deliver Spanish goods into July so that we can seamlessly switch to the South African season. South America - for example Chile and Argentina - would still be an alternative: "Experience has shown us, however, that the quality of these products is not as good as that of South African products," Lomma comments. On the pricing side, the consequences of the crisis have so far been limited. "There are clearly noticeable price increases, but all those involved in the supply chain - from the producer to the retailer - are prepared to make compromises in order to maintain supplies. In addition, most of the food retailing programmes have been agreed in advance so that there are fewer major price increases within the value chain."

Melons: Above-average demand characterises change of season
Parallel to the rapid marketing of citrus fruits, the melon range of Rodi Fructus AG is now also available in abundance. In contrast to the citrus market, this market segment is now switching to supplies from the northern hemisphere. "We are already obtaining Charentais melons mainly from Morocco, but also from Senegal. Starting this week we will also be starting with Spanish Galia melons, and if the weather is good, the first Spanish Charentais melons will probably arrive from Murcia from week 17-18," explains Mr. Lomma. Demand for melons is also expected to increase: this is not necessarily due to the Corona crisis, but rather to the good weather in Switzerland.

All in all, the management of Rodi Fructus AG is predominantly optimistic: "So far, we must not complain. As we supply almost exclusively to the food retail trade - mainly Migros - the loss of the catering trade is less of an impact on us. All in all, I am convinced that we will continue to record an increase in sales in the coming months," Mr. Lomma finally predicts.