“If this had been a normal year, we would have been looking at an excellent season.”

As the demand for apples in Europe increases the first arrivals from New Zealand are landing on a good market.

“The first New Zealand Cox have arrived and are looking very good with good brix due the dry growing season, we expect the first Royal Gala to arrive in Europe next week,” explains Patrick Meikle from Golden Bay Fruit. “European stocks are low and the market is reasonably good and it looks like it will be a good transition, but at a time like this it is hard to predict.

“If this had been a normal year, we would have been looking at an excellent season.”

Golden Bay managed to have all of their workers in place in New Zealand before the lock down started, but they are having to change their working practices to comply with the social distancing rules in the packhouse. According to Patrick it is all going as well as expected at the moment but there is beginning to be a bit of pressure on containers and ports are a bit slower. 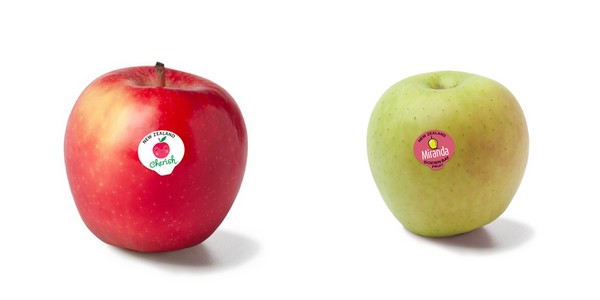 Last year the company doubled the volume of apples it sent to Vietnam, “I don’t think we will double the volumes again,” says Patrick. “But we do hope to increase it again.”

Golden Bay sent eleven containers of the Cherish apple to China and SE Asia last year and are on track to send around 50 this season.

“The Cherish has excellent brix and flavour, the first containers will arrive in SE Asia and China next week. Most of the Asian markets are performing well but due to the uncertainty surrounding the coronavirus it can be erratic and nothing is certain.

“We will also increase the volumes of our Miranda apple which has become popular in Asia, it is an apple similar in colour to Goldens but is sweet and crunchy, it doesn’t bruise easily so it travels very well. We have really seen unbelievable demand for this apple in Asia.”