As a result of COVID-19 triggering shuts down in the U.S., some growers are walking away from millions of dollars in crops.

While Chapman and its growers still has numerous retail accounts to serve, it was the loss of foodservice accounts virtually overnight from schools, universities, restaurants and more, that’s behind the decision. “If you have a cucumber field and you’re only picking for one particular size or shape for retail, it’s impossible,” Madonia says. “It’s putting good money after bad. You just can’t keep going. Between the production already involved in the field, putting harvest on top of it, with the product not being sold it’s just better off to stop.”

The decision came about in the first week of April. “It took a bit of understanding about what was happening and seeing that the movement wasn’t there. We couldn’t pay for harvest and not get any sales on the other side,” says Madonia. 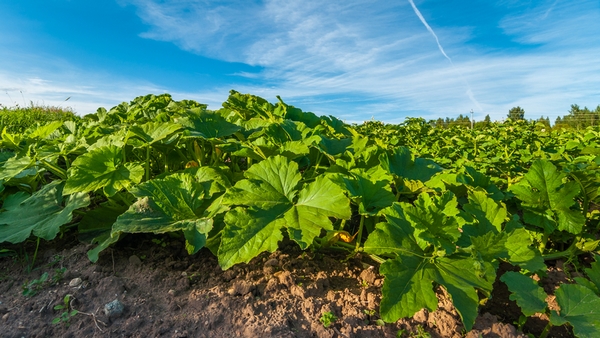 Retail challenges
While the retail accounts were still there, they aren’t enough generally to make up for the foodservice loss. In addition, retailers are staying with their retail specifications in order to earn their best pricing. What would have helped, says Madonia, is if retailers would consider changing their specifications on sizing and grades and pass along the savings coming from those changes to consumers.

Before all of this, the spring crop in Florida was looking strong. “We had high prices. Cucumbers were moving between $38-$42 and Honduras was starting to tail off,” Madonia says, noting those prices soon dropped to $10. “But then on March 23, that’s when everything seemed to hit and slow down. By the following week, April 2nd, anything that wasn’t retail-grade—which is usually strictly one size on the cucumbers or peppers—was not being sold anymore because there wasn’t foodservice business anymore. It just washed away.”

And where does that leave companies now? Madonia notes that next week it will have squash fields ready for harvest and in two weeks, cucumber fields will also come on.

“We’re hoping each day that the country gets back onto their feet and moves forward,” he says. “But these were planted before all of this happened so we’re hopeful. But we may walk into this next week with products that are ready and still be in the same situation. We can’t just go in to pick for the sake of picking. It has to make financial sense.”

And looking ahead, it may also mean further changes to future plantings. “We’re going to weigh it out this summer. When we have our plantings for the fall, we’ll look at how we’re coming out of this virus in the summer and come out in the fall with a good structured plan with retail in mind but hopefully foodservice will be opened back up,” says Madonia. “But we have to be optimistic. If you can come through a freeze or hurricane and go back to work the next morning undaunted, this is just another process. It’s not the same but you can keep moving and look for the brighter side.”