There is growing demand for frost prevention fans in the agricultural sector as growers invest in high risk/high return crops such as table grapes, citrus and avocados and recently wine vineyards. This is common practice in other parts of the world but is relatively new to South Africa. AGI Frost Fans have designed a cost competitive fan with low running cost for the South African and international market to meet this demand.

“The project started back in 2012 in Touwsrivier, after local farmers were badly hit with frost two years in a row. They were looking for a more cost-effective local fan, instead of the expensive imported units from NZ and USA. They contacted two contractors (Groenkaroo Electrical) and (Beveratech Engineering) to come up with a solution in the fastest way possible, so instead of going for the 60 year old internal combustion engine route, they decided to look at an electrical version based on the same design,” explains Ossie Kruth, Operating and Marketing Manager at AGi Frost Fans. 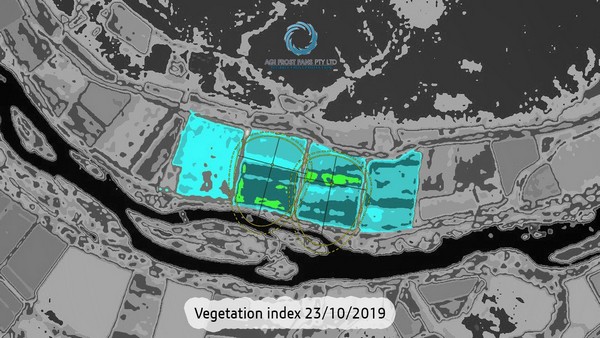 “In countries like the US, Europe, New Zealand and Australia frost fans have been used for many, many years, in fact in New Zealand they construct the base for the fans before planting new crops.

“Initially there were no plans to go commercial with this project but after 6 years of research and development and seeing the commercial value of the product they decided to do it full-time. Now it is a full-time operation. We have installations in the North, East and Western Cape, high frost and cold risk areas where fans are needed in South Africa.”

In the first month of marketing this year Ossie said that they have already gone past the total sales of 2019 and this week signed an agreement with their first distributor in Chile, South America. The company are also busy in New Zealand where they are just waiting for the final agreement, but the current lock down has put a halt to that for the time being.

At the moment everything is manufactured in South Africa and will be shipped to these new markets, in the future the company will look at the cost/lead time benefits of manufacturing some elements in agent countries under strict standards approved and set out by AGI Frost Fans. 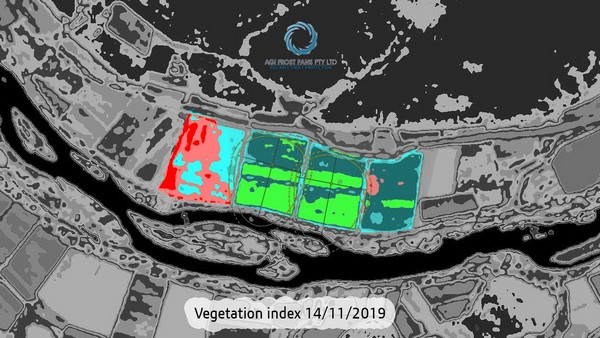 2 weeks after the frost event. The red in picture indicates complete loss of produce. We were able to protect 20ha of table grapes under 2 x 30kw AGI Frost Fans

“The technology involved in a frost fan designed in the US 60 years ago where they used V-10 Ford engines to drive the fans through a gearbox, shaft and clutch system, this takes a 110kw motor to run the fan whereas we have gone electric and use a 30kw motor so the power input to run the fan is much less making the running costs much lower and it can be run off the local power grid (3phase) or from a generator. Compared to some of the competition, AGI Frost Fans run at 15% of the cost of similar units. The blades have been specifically designed by a company who supplied the military with blades for the ‘Rooivalk” helicopter and we have a professor from Stellenbosch University who went through every detail of the design. We believe in continuous R&D and keeping ahead of the market with new designs and technology, which clearly sets us apart.” 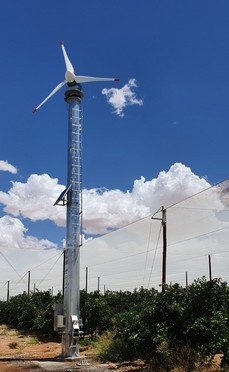 “With all the R&D and expertise build up over the past few years we have now designed a fan which has the largest protection coverage (9ha) and lowest running cost combined in the marketplace. Not bad going for the new kids on the block.

“As standard the fan has an automatic start function if it picks up a temperature drops below the temperature set by the end user. We have noticed due to the low running cost that our clients have started running their fans at a higher temperature. Enabling them to work with a warmer inversion layer and extending the running time of the fan. This has also contributed to decline in losses due to cold damage to the produce.

"Traditionally growers would have to get up and physically go out to the orchard and start the fans manually. It is so much easier to start an electrical unit and you can have an automatic start stop at pre-set temperatures. We have an additional feature where there is a mini weather station and you can control the fan from your mobile or laptop, it also gives notification if the fan doesn’t start up or any malfunctions at all.”