"On our own orchards, we have seen some of the best quality apples that we have produced"

The first autumn harvest of JAZZ™ will be delivered to retailers nationally from this week and Managing Director Scott Montague says this year's amazing quality is a tribute to the group of JAZZ™ growers across Australia.

"I am just very relieved because there is such uncertainty in the world at the moment,” he said. "It's just such a relief to us that JAZZ™ growers in Australia have got a great crop. Every time you plant a new variety, it takes a significant amount of time to learn how to grow it well. We’ve been growing JAZZ™ trees for more than 10 years and we are learning to grow it well. The growing group of like-minded souls across Australia talk through growing issues in order to achieve the best results. Despite some of the challenging climatic conditions, they learn to grow it better. That coupled with the good apple growing conditions over the past two months has helped. On our own orchards, we have seen some of the best quality apples that we have produced - it is the best we've seen. It's a positive thing in a world of negativity at the moment and it can only mean something positive for our consumers as well." 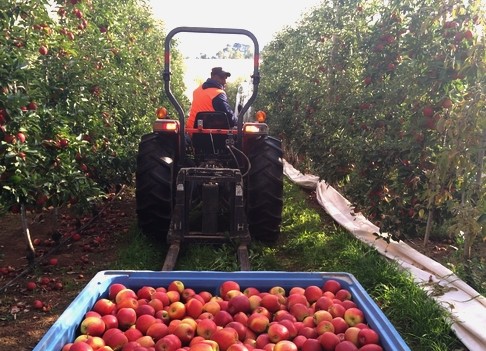 What is pleasing for Montague is in January, one of their orchards in Batlow was seriously threatened by bushfire, as the town was evacuated as the blaze tore through southern New South Wales. Montague was lucky to have only sustained minimal damage, while other apple growers suffered more substantial effects. Mr Montague says what posed a problem for them was the extreme heat throughout the early growing season, especially to the early varieties such as Gala.

"JAZZ™ is picked later, so it had more time to recover," Mr Montague said. "Then the rain and the better-growing conditions of the last few months since the bushfires has been positive. We were fortunate that the smoke doesn't taint apples. So, while it has been a challenging year, where we lost a small crop, the quality and finish of the growing season has been really good. Extreme heat can hold back colour and size development. For the earlier varieties, they never got the chance to catch up. In particular, in Stanthorpe, Queensland, the rain on top of the heat and drought basically split the apples, because they couldn't cope with the growth rate. For early varieties, it wasn't good, but anything from mid-March harvest onward has had time to take the water on and grow about a size and a half." 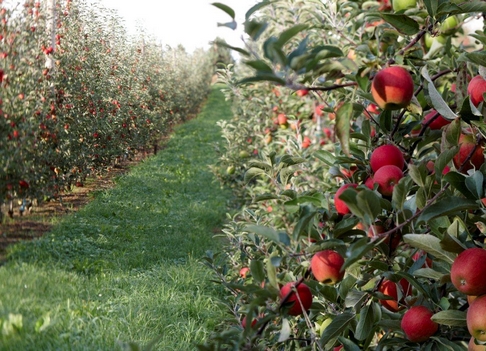 Batlow produces around 25 per cent of the JAZZ™ crop, with other growing regions in Tasmania (30%) Stanthorpe (15%), Victoria (15%), as well as South Australia and Western Australia. Mr Montague says the harvest is midway through the Tasmanian season and nearing the quarter-mark of the Batlow season.

"We've started the selling already, and some of the packouts have been very positive," he said. "It's been a really good moment in time where we needed some positivity, for multiple reasons. It's good to celebrate something this year. This is an apple that looks fantastic, stores well, provides a longer shelf-life and a crunchy, consistent eating experience.”

JAZZ™ is a natural fusion of the Royal Gala and Braeburn varieties and is exclusive to the Australian domestic market through Woolworths, Coles, Costco, quality independent stores, greengrocers and markets. 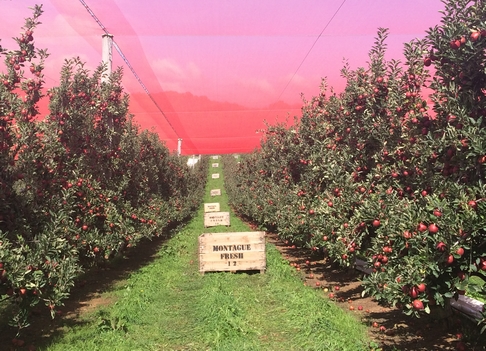 Montague is also hoping that apple consumption can increase, in such an uncertain time that is dominated by the coronavirus fallout, as the fruit is not only a healthy food source but financially, it is a good value proposition.

"We have the opportunity to learn from our growing friends across the world who are a little more advanced in their dealing with COVID-19," Mr Montague said. "They've noticed a surge, then a quietening off, then some stability. I think we have noticed the same in the past three weeks. JAZZ™ apples are such a good value proposition; they don't go soft and floury. You generally get very good value out of that purchase and you realise it especially in tougher economic climates. We hope people recognise the health benefits they deliver; everyone knows an apple is healthy, but people have had other options for some time. Maybe it is time to rediscover the value apples can deliver consumers." 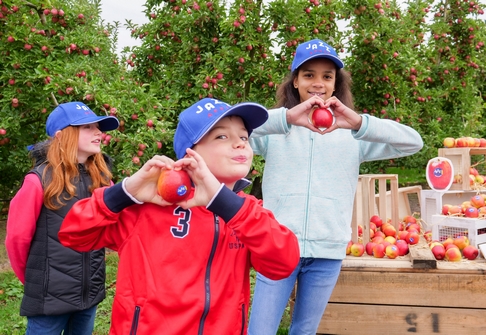 Mr Montague explains that apple crop overall in Australia is looking a little lighter this year, due to not only the weather but also issues such as fruit bats and birds, and 30 per cent of the crop is still a little smaller than usual.

"In saying that, they’re eating beautifully this year," he said. "We have had good colouring and growing conditions for looks and eating quality. There are good sugars and so we hopefully can offer consumers good value this season. Its glass half full for the Jazz season."