Tasmanians will continue to have locally grown and produced blackcurrant and raspberry syrups, despite the withdrawal of Coca-Cola Amatil's Cascade Ultra C from sale.

Westerway Raspberry Farm has launched new syrups under their own brand – “Westerway Farms”. The farm business is owned by the Clark Family and located in the Derwent Valley, in long-established fruit growing country. It has been growing blackcurrants for Cascade Ultra-C for more than 30 years, and with the assistance of Amatil and Juicy Isle, Westerway Farm decided to launch their own brand. Owner Richard Clark says both companies had been very supportive during the transition.

“Coca Cola Amatil has been fantastic, helping us with the traditional recipe, allowed us to retain the original look of the label and put us in contact with customers and retailers whose shelves needed to be restocked with Tasmanian fruit syrups,” Mr Clark said. “And just as amazing was Juicy Isle’s willingness and speed to manufacture and then distribute our new product. Our family has been growing fruit for 30 years and we are well known locally as the suppliers of fruit to Cascade Ultra-C and Raspberry syrups and have been proud to be part of the syrup’s history. We have received countless requests and questions from passionate Tasmanian consumers over many years and we are now delighted to confirm where they can find their favourite syrups.” 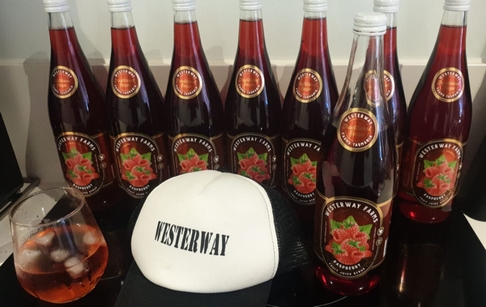 He added that Westerway Farms' Blackcurrant and Raspberry syrups contain 45 per cent and 31 per cent Tasmanian fruit respectively, the highest fruit content of any blackcurrant syrups on a shelf. The raspberry syrup is the only product that uses real fruit, while competitor products use artificial colours and flavours.

Where once 95% of the Clark Family’s berry crop approaching 500t was used to make the traditional syrup, Richard says: “the farm has now diversified into the fresh market, farm gate experiences and supplying ingredients to jam, ice cream, beer, and other berry product manufacturers across the country with only 20 per cent of the crop now going to syrups. But we are very hopeful that as the new brand grows, we as a farm will be able to grow more fruit to reliably supply sufficient ingredients for the new syrups." 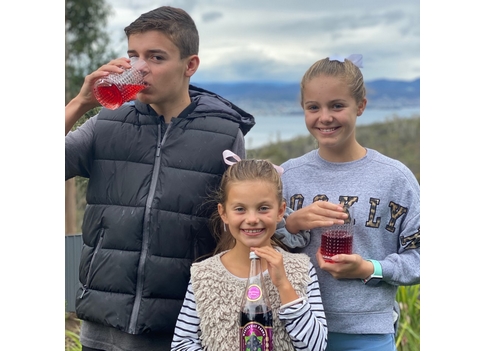 Mr Clark says Tasmanians have been drinking traditional blackcurrant juice since 1886 when Cascade Brewery began making syrups from locally grown fruit. It’s a local tradition but Tasmanians have found it increasingly harder to find. The new brand has the traditional look of Cascade syrups from 10 years ago and the product is being made in Cambridge, Tasmania.

Amatil Group Managing Director Alison Watkins explains that she was approached by the Clark Family to consider returning the brand to Tasmania in the event the product was discontinued.

“This was a unique request, but we were experiencing declining sales and challenges with the supply chain for this product, so the team worked with the Clark Family to transition production and sales of a very similar product to Westerway Farms,” Ms Watkins said. “I am delighted that Tasmanians will still be able to buy their favourite syrups which are now being produced locally.” 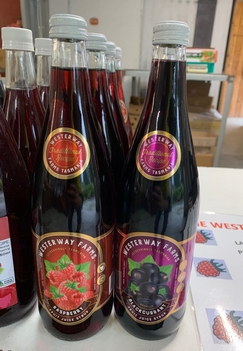 It seems there is plenty of demand for the product in the isle state, with a social media group, created in 2014, to ensure the continuity of the traditional-recipe for the syrups passing 5,000 members. Its creator David Lennon, also created an online petition in 2018 when Ultra-C was deleted from some supermarket shelves.

“Being a Tasmanian who drinks traditional blackcurrant juice has been difficult over the last few years," Mr Lennon said. "I loaded up on bottles in 2013, and again when the flavour changed, and finally last year when it started disappearing from shelves. I still have an original old bottle from 2012 that would have been made in South Hobart at the Cascade Factory, so I am rapt. I am looking forward to buying Tasmanian Blackcurrant Syrup made in Tasmania with Tasmanian grown fruit on Tasmanian shelves for many years to come. I had a glass of it with my Vegemite toast this morning and it tasted great. Just like the original.”

Westerway Farms Blackcurrant and Raspberry syrups will initially be ranged locally in IGA stores. Westerway Farms is working with other retailers in Tasmania to offer the product and plans to move to the mainland soon. But fortunately for mainland drinkers, Dan Murphys Online can deliver cases of the syrup anywhere in the country with a small flat delivery fee.