Gerard Mostert, from Betrex Spain, on the effect of the rains and the COVID-19

Spain has been in confinement for more than 3 weeks since the state of alarm was decreed. In this time, the curve of infections and deaths caused by COVID-19 has increased and, as a result, so have the measures taken by the government.

“A little over a month ago we barely paid attention to what was happening in Italy, which until now have been about a week ahead of us. It was hard to imagine that this was such a contagious virus and that we would be in this situation. The silence in the streets is almost complete, it reminds us of the first day of the year at 9:00 in the morning, but this is true every day,” stated Gerard Mosterd, the manager of the Betrex España transport company, based in Gandia, Valencia. 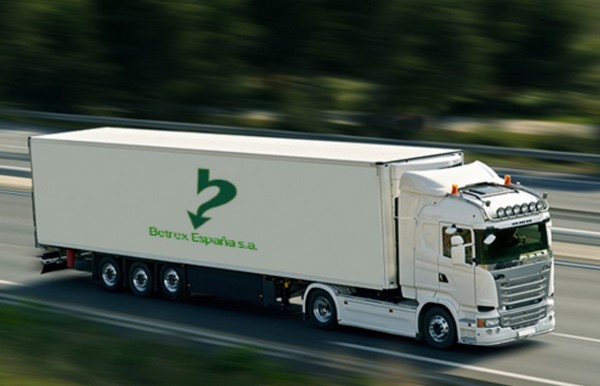 “Even though returns and imports were already falling, export shipments remained fairly constant up until two weeks ago, which started to increase the cost of export trips. However, since confinement policies were hardened last week and the operation of most industries was paralyzed, with the exception of the primary sectors such as food and pharmaceuticals, imports have fallen by 50% in just one week," said Gerard Mostert.

The constant rainfall in the Community of Valencia and Murcia haven't allowed producers to harvest citrus and vegetables such as cauliflower, broccoli, and lettuce, which represent the bulk of this transport company's business in the period from autumn to late spring. Even though the rains slow down the export of these products, they are among the most demanded products since the coronavirus alarm was declared. According to Gerard Mostert, export trips have dropped by about 30% in the past week and prices continue to rise as import declines.

“There is hardly any planning in this situation. They call us in the morning to order trucks for the afternoon. On the other hand, it is increasingly difficult to find drivers, because they can hardly stop anywhere to eat and get clean, as restaurants and hotels are closed and there are more risks in general. Therefore, they ask us for a higher salary, which is completely understandable. Every day around 8:00 p.m. Spanish citizens applaud the health sector for their vital work in this crisis. I think that at 19:00 they should go out to applaud the transporters and all of us who are involved in the food and health products supply chain,” the manager of this Spanish-Dutch company stated.

“We are transporting half of what we were doing last year at this time and we maintain ourselves thanks to food and sanitary products. However, since we are considered an essential sector, we can't carry out an employment regulation plan (ERTE), even though the fixed costs are higher than the benefits at the moment. No one really knows how long this is going to last. All governments seek a balance between defending the health of society while trying to safeguard it from the economic damage that this crisis inevitably causes. It is an interesting time for us all to learn from this," concluded Gerard Mostert.