The Flemish Agricultural Marketing Board (VLAM) is joining forces with their counterparts in Ireland, France, and Europatat. They are launching a mutual campaign. It is aimed at stimulating potato consumption among the younger generation.

The campaign is 20% financed by potato promotion funds. The European Union is contributing the remaining 80%. The campaign starts this month and will run through to 2022. It's slogan is 'Potatoes - Prepare to be surprised - Europe's favorite since 1536'.

Potatoes remain the main meal filler in Flanders. But its consumption is declining, especially among the younger generation. VLAM wants to ignite future generations' passion for fresh potatoes. They want to ensure this tuber remains on Flemish families' plates. The campaign is, therefore, targetting independent millennials (18-34 year-olds). 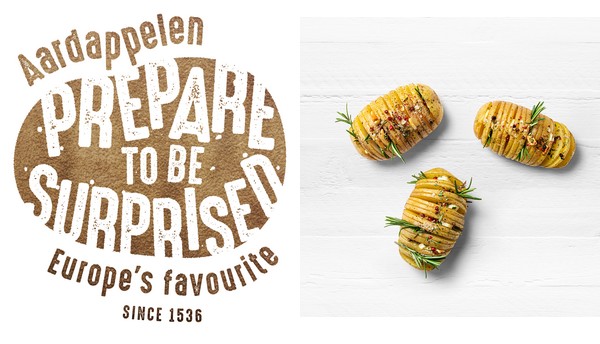 The 'Potatoes - Prepare to be surprised - Europe's favorite since 1536' campaign wants to inspire youngsters. It wants to want them to work with potatoes. Various, custom-made activities have been planned to achieve this.

Website, Instagram, and Facebook
The younger generation spends a lot of time online. The campaign will, therefore, be run there. Together, the partners have contributed 100 modern recipes and 40 cooking videos. These prove it is not time-consuming or difficult to prepare potatoes. They show you can make tasty, hip dishes with this ingredient.

"The recipes and videos are executed in a fresh, modern style. Beautiful images are key to the entire communication process. All the campaign's cooking inspiration can be found on www.aardappel.be. The recipes are promoted year-round via online advertising, Instagram, and Facebook," says a VLAM spokesperson.

The articles and recipes are also bundled into themes to appeal even more to the target group. For example, in May, the focus will be on 'health'. And in July, on 'Dishes from around the world'.

Events
VLAM planned three campaign activities in 2020 too. The corona crisis has, however, thrown a spanner in the first event's works. A competition involving a young chef from a local tourism initiative is, therefore, on hold. The organization is currently investigating which events can be held soon. The other two activities are planned for later in the year.