"The reality is that it is not free, and we need to start thinking about it differently"

An Australian startup company is helping farmers better manage their water usage through precision agriculture technology, to translate into better productivity and save costs.

Farmbot is an agritech company that is focused around better water management for farmers and helping farmers better know their water. It has been operating for around for five years, and Managing Director, Andrew Coppin says the business proposition was discovering the granularity of water consumption in an agriculture sense.

"We started out thinking about the problems of water management a bit differently," Mr Coppin said. "Water is one of those things that we know is the lifeblood of agriculture, but it is treated, in some ways, with a bit of contempt; because it comes from the sky or the ground. In some people's minds, it is free. The reality is that it is not free, and we need to start thinking about it differently. Surprisingly enough, like all other large data sets, we are learning things about farm water eco-systems by looking at large sets of trend and consumption data, which many farmers don't even know themselves." 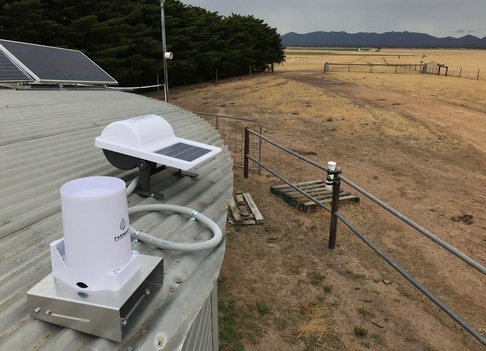 He added that the company has developed a monitor that can work with satellite technology, or 3G/4G/LTE and are guaranteed to work anywhere in Australia around the clock. Mr Coppin says the big objective for the company is the real-time factor, and farmers eventually only get alerts when something is not right, so they can take action quickly.

"We are not so much concerned with the technology, but what is the best use for the purpose," Mr Coppin said. "You are not really on the Internet of Things in agriculture if you're not doing things in real-time. Farmers need to know what is happening now, not down the track after every day, or longer. So, our unique IP is the ability to manage the power and dissemination of information in a cost-effective and real-time way. Our core monitoring device sits on the water device for seven years with no power attached to it. Inside the device is machine learning; where the device is always on and always learning about the eco-system of your property, and is constantly getting better, so it is forecasting the future six hours, and the data replaces the forecasts with the reality and learns how it was different and keeps re-forecasting."

So, by analysing the data, on farms, in real-time, and assessing that data against a range of other metrics, Mr Coppin says it's about "Precision Ag 2.0", where there is a realm of comparing data year on year, or incidence on the incidence and materialising production by encouraging proactive, as opposed to reactive management.

"It doesn't matter if it is strawberries or almonds, or even cattle or sheep," he said. "We can look at this time last year, or the year before, or the year before that - here is the amount of water you had, here is what the climate was doing, or the soil moisture - so this is what is happening. It can then be determined when the optimal growing period will be to the extent of; in four days, ten hours and fifteen minutes, that will be your optimum production period. It could also be that in five days, three hours and twenty minutes you will run out of water. Farmers can then act accordingly. So, we are teaching them to appreciate water as an input - they know all other inputs in detail - they can now do the same with water." 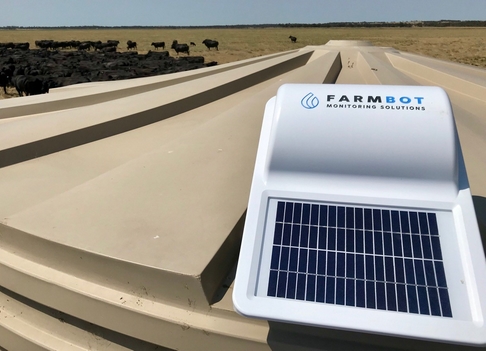 The company says after an installation time of just 10 minutes and review time of fewer than three minutes, it could mean a reduction of 90 per cent in tank inspections, and an estimated average saving of circa $2500 per device installed.

While most of the data collected has been in the livestock industry, where farmers were able to react to live issues such as a pipe bursting in the middle of the night, because of the alert system - similar benefits can be achieved in horticulture.

"They have been using water more conservatively, which has given them more time to access the water, given the tight quotas," Mr Coppin said. "There is a huge array of things in between, just about labour-saving costs, the amount of time people spend driving around checking water. We prefer not to talk too much about data, but actionable insights. So, our company takes that data that our hardware is generating and turns that data into actionable insights so farmers can make better decisions. That's all they are worried about - there is no point giving raw data to the farmers, it is only when it is used with other referable points that it becomes valuable. That's the future for us; an integrated platform monitoring eco-systems, trends, pressure, flow, alerts, soil moisture and we will merge that with other sensors in the field to provide a full dynamic of the farming enterprise for them to make better decisions and improve productivity and profitability."