Some British Columbia crops—particularly cherry crops—could be at risk due to COVID-19 related issues bringing in temporary foreign workers.

Davis Yung of Fresh Direct Produce, a Vancouver, B.C.-based importer/wholesaler and local distributor of produce, notes that generally he doesn’t hear anything from growers about hiring workers, many of which come between March and April to get seeding, planting, pruning and more for the upcoming growing seasons. “This year, we’ve heard from so many growers and shippers struggling related to bringing in temporary foreign workers,” say Yung. “COVID-19 is putting a lot of interruptions on getting people to come over for work. We may lose some crops because growers may not be able to plant or they may not want to take a risk during seeding and not get enough labor to harvest the crop later on.”

There are multiple issues affecting the situation, starting with receiving approvals to bring in workers in the first place. “Generally when people would get say 10-20 workers, now they’re getting two to three workers trickling in,” says Yung. Notably, workers can’t travel via commercial travel due to the coronavirus-related travel bans in place. “So growers need to get charter flights to get enough workers on the same plane,” says Yung. Add to that the logistics of getting approvals in the first place. “In Mexico for example, they’re not able to get visas on time because the offices are closed,” adds Yung.

Then add the weather to the situation. “Normally we get our approvals and everyone comes in on requested time. But it depends on the weather,” says Harman Bahniwal with Krazy Cherry Fruit Co. in Oliver, B.C., a company that brings in approximately 100 workers annually from Mexico and Jamaica. “This year everybody has their workers scheduled later because the weather was colder. And then the travel ban came into effect and now people don’t have workers.”

Bahniwal says for Krazy Cherry, so far, some workers have arrived but another two groups haven’t been able to make it in yet. “We haven’t started flying them into B.C. yet,” says Bahniwal. “So say we need workers for June. We’re not even certain we’ll get planes or charters for June 1st. And then they have to sit for 14 days. So now we have to plan almost three weeks ahead because we’re so weather dependent.”

That sitting for 14 days or following the social isolation recommendations from the Canadian federal government issued to anyone arriving in Canada from outside the country is another concern. “There are 14-day isolation protocols but temporary foreign workers also need to be working in the farm and must be paid when they arrive. So the protocols in B.C. are being reviewed,” says Yung. “But every week there’s a delay, we’re losing time. These farmers really only operate four to six months a year so this could mean they could lose the whole season or have trouble surviving post-crisis.” 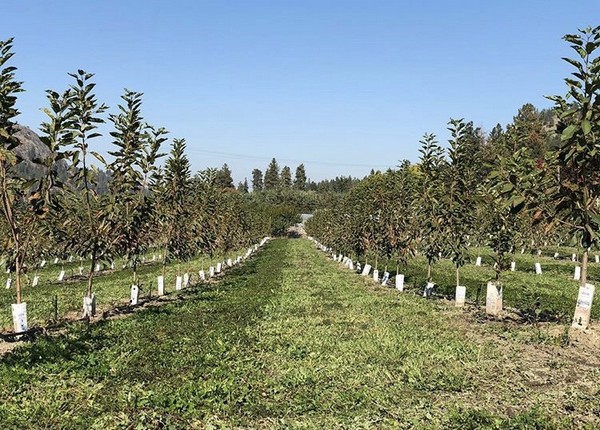 A different approach
Meanwhile Bahniwal wonders if socially isolating workers be handled slightly differently while still adhering to protocols. “If an employer has different fields, a group of five people could be isolated in their own vehicle and house and working a field together. We could bring them their groceries,” Bahniwal says. “Rather than sitting and not working for 14 days, they should be able to work if they’re showing no symptoms because they wouldn’t mix with other people.”

While tree fruit growers in B.C may be feeling the pressure around workers most acutely given how soon their season is coming up and how short the season is, Yung notes there are many types of growers at risk this season of COVID-related labor issues including berry growers, row crops, hot houses and more. “The risk may be more company specific depending on the mix of labor,” says Yung. “If they have more labor from Mexico, because of how the program works, they’ll be more affected. Others have more consistent local crews because of their other year-round product so they may be less affected.” 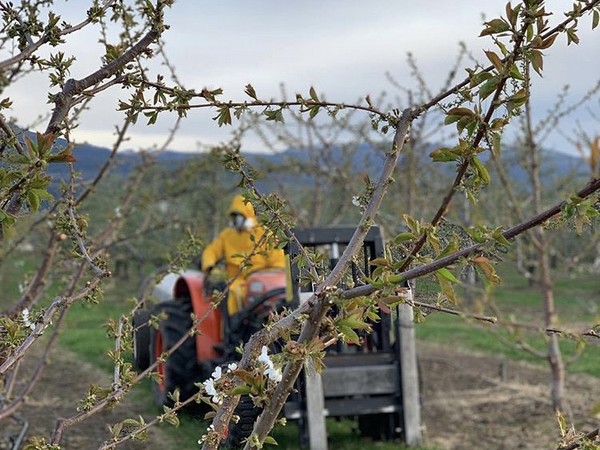 Looking ahead
So where to from here for B.C. growers? Bahniwal notes that provincial cherry associations are in discussions with the provincial government about the issue. “And when they can conclude this, we can move forward and organize our charter planes,” says Bahniwal.

Yung adds that governments outside of Canada also need to be willing to resolve the situation. “We need to find some middle ground between the governments,” says Yung. “We wish there is a way that both governments would come up with a solution to expedite this process.”