“The whole sector mobilized to rebalance the French asparagus market”

This year, the asparagus came even earlier than last year. Producers in the Landes started harvesting at the beginning of February. It is when they reached their production peak that the first lockdown measures were taken. “The closure of restaurants and collective catering facilities has greatly reduced the demand,” explains Astrid Etèneveaux of AOP Asperges de France. In the supermarkets, there was practically no demand for asparagus either. “At the start of the lockdown, French consumers were not buying fresh products like asparagus. They were more focused on products that keep, like potatoes and carrots.”

Economic crisis
The lack of demand created great difficulties for the producers. “They were forced to limit their production as much as possible, either by not harvesting the asparagus, by grinding them (green asparagus), or cutting them (white asparagus) to wait for the second shoot, 2 to 3 weeks later. Nevertheless, the volumes continued to accumulate. After several days when shipping prices dropped by 20 to 40%, on Friday, March 20th, the asparagus was declared to be in a situation of economic crisis.”

The role of supermarkets
During the first week of lockdown, Asperges de France called out to supermarkets for solidarity. “As a response, almost all the supermarkets proposed promotional actions the following week, in order to support the sector. They promoted the consumption of asparagus and favored the national product by limiting imports. Meanwhile, the announcement of an economic crisis led them to get rid of volumes and reduce their margins. Following the actions from the supermarkets, the demand progressed very strongly since last Thursday. The asparagus sector was then under great pressure to bring in volumes. This created some challenges, given that we had specifically asked the producers to limit their production as much as possible. After a very dynamic weekend in terms of sales, stocks are strongly reduced and we are even struggling to meet this new demand today.”

Originally, the objective was mainly to get rid of the volumes, so prices were very low, which is normal for a product facing an economic crisis. “Now that the offer is getting rebalanced compared to the demand, and with the low temperatures of the past few days which slowed down growth, the market should stabilize by Easter. Without wanting to go to extremes, we just want prices to be balanced again. The asparagus is a fragile product, which is harvested by hand; its value must be appreciated.” 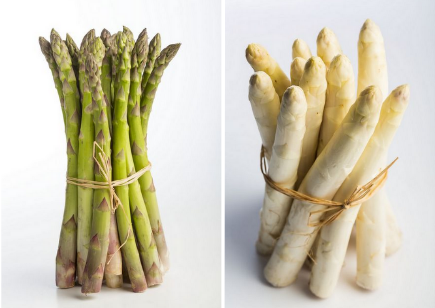 It remains to be seen if the final consumer is ready to pay a higher price. “It is true that during the lockdown, consumers are very careful about prices. But the situation is lasting, and food is one of the only pleasures during this lockdown period. I think that people also want to treat themselves a little, as we’ve seen in Italy. Besides, asparagus prices have never been so low than they are now. This may have won some new consumers over, which are not necessarily used to buying asparagus because it usually is too expensive. However, the behavior of consumers is very difficult to predict in this atypical context. There are several possible scenarios.”

Astrid adds that the mood within the asparagus sector is already much better. “A week ago, producers were getting organized to reluctantly sacrifice part of their harvest. The ones located in the later production areas, like the southeast of France and the Loire Valley, were trying to delay the growth of their asparagus as much as possible. Unfortunately, some had even decided not to have a season at all. Finally, it seems that the situation has completely turned around. We thank the supermarkets, because without them, this would not have been possible. It is nice to see that the whole sector mobilized. It is still important to be careful because it is only the beginning of the season, there is still a lot to do and losses are unfortunately not recoverable.” 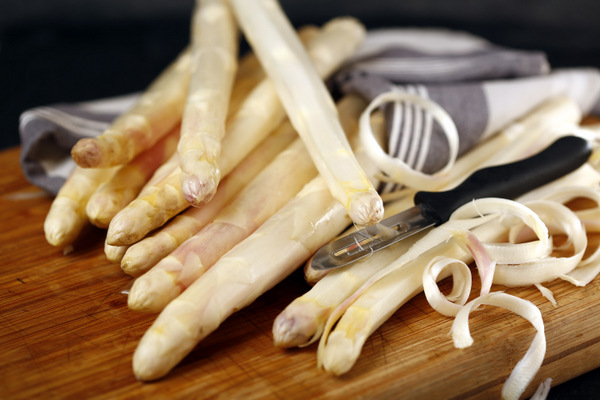 Workforce
Regarding the workforce, it is only now that the asparagus sector will have to face some challenges. “At the beginning, there was almost too much manpower, because producers limited their production greatly. As a consequence, some producers in the Landes had to let go of part of their staff. Today, they need them again. In other areas where volumes are smaller, there is no specific difficulty yet. The major challenge resides in the packaging stations whose capacity is reduced by half because of the current measures.”