"Entry ban for harvest workers endangers the 2020 and 2021 harvests"

Frutania, one of the largest suppliers of soft fruit, asparagus, pome and stone fruit, tomatoes and vegetables for the food retail trade (LEH), foresees serious problems in the supply of fresh fruit and vegetables in Germany as a result of the entry ban for harvest workers imposed by the German government. The production is in the starting blocks for the coming German season, but Frutania sees the lack of harvest workers as a serious threat to the supply.

Managing Director Markus Schneider sees a bottleneck approaching Germany, which will not only be noticeable in 2020 but rather in the next few years as well: "At the moment, our affiliated companies cannot bring in their harvest and are not ordering plants for next year, as they cannot make financial advance payments for next year in the uncertainty of the current situation. The import of goods from neighbouring countries is not or only partially secured. The high regional supply level in the months April to September will therefore lead to empty shelves in the fruit and vegetable segment in supermarkets. 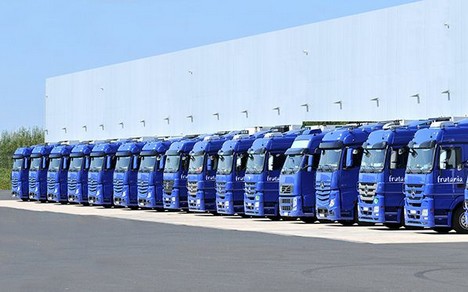 'Total loss of revenue threatening'
Frutania sees itself as a link between the production of fruit and vegetables and the food retail trade. Markus Schneider - himself born into a family of fruit producers - knows about the economic consequences for the farms: "The situation is threatening the existence of the farmers, the season is prepared, the plants for this year are planted and shortly before flowering or harvesting. However, the costs of production have risen significantly due to the more complex farm processes resulting from the additional hygiene requirements and the shortage of labour. In addition, there is now the threat of a total loss of income if the harvest cannot be brought in. Frutania has the problems of both sides in view: "the food retail trade is facing the problem of a shortage of goods, so prices for fruit and vegetables are expected to rise sharply," says Markus Schneider.

Frutania is a company that operates both regionally and internationally. The more than 150 agricultural enterprises affiliated with Frutania will be lacking about 10,000 seasonal workers.