Recently, an international large-scale project reached an important milestone on its way to a successful implementation when numerous tests were carried out in the KRONEN manufacturing plant in Germany. A complete processing line, designated for Argentina´s biggest supermarket chain COTO C.I.C.S.A., was set up in Kehl before its shipment overseas. 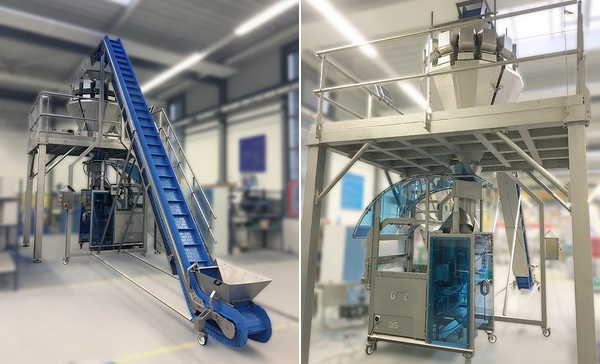 In Argentina, COTO operates 120 branches of supermarkets, hypermarkets and shopping centers many of which have an affiliated restaurant serving freshly cooked meals. As the retailer grew, the need for a central production facility to supply its restaurants with ready-to-cook ingredients of consistently high quality emerged and the decision to implement a highly automated processing line for vegetables was taken. The profound research into suppliers of fresh-cut solutions resulted in the purchase of a complete KRONEN processing line, which was adapted to COTO´s requirements in the course of a project supported by KRONEN, its sales representative in Argentina Alejandro Nowak, and a team of COTO. With its extensive experience in such large-scale international projects, KRONEN provided comprehensive consulting and offered a one-stop solution. 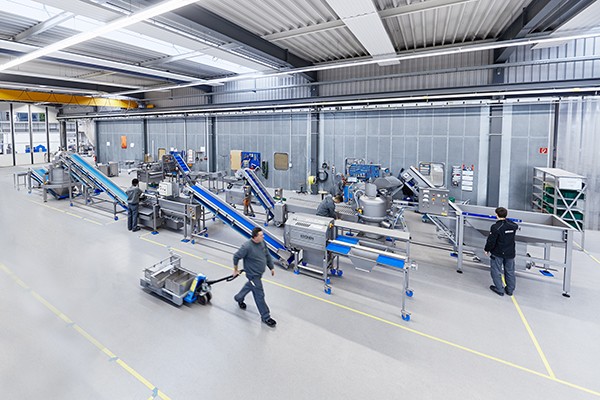 The processing line will significantly increase the degree of automation and flexibility in Coto´s production as the operation of the line requires very few employees and the different modules of the line cover various processing steps and can be operated separately. The processing line consists of: a potato water bunker belt, two PL 40K peeling machines, a roller sorting table, a conveyor belt, a KUJ V cube, strip and slice cutting machine, a GS 10-2 belt cutting machine with a trimming table on one side and a conveyor belt at the other, a GEWA 2600V ECO washing machine which leads to a K650 drying system and ultimately to a GKS packaging system including an UP 500 packaging machine integrated in a gantry with a multi-head weighing system.

Upon completion of the manufacturing of all machines integrated in the large processing line, it was set up and tested at KRONEN in Kehl before being shipped to Argentina in order to ensure optimal functionality and to prepare a successful completion of the project.