“Decline in minneola acreages in favour of other citrus”

The minneola is a cross between a grapefruit and a mandarin. This citrus fruit is especially well-known for its juiciness and easy peeling. Yet, the minneola is known mainly in the Netherlands. Most of the cultivation in production countries is also aimed at this country. But is this fruit still as popular among Dutch consumers? We posed this question and a few more to a Dutch importer and an Israeli exporter. Today The Dutch importer (part 1 of 2). 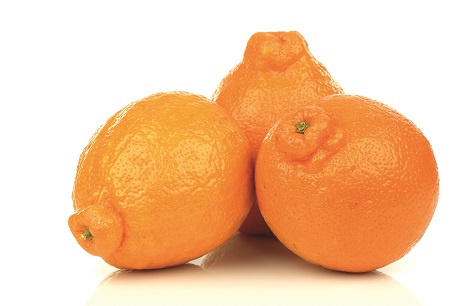 “The minneola is certainly still popular on the Dutch market,” says Jaap den Boer of the Dutch company, Olympic Fruit. “Sales remain high, and retailers regularly promote this product throughout the year. In this regard, the Dutch market is unique. Minneolas only sell well here, and to a lesser degree, in Belgium. You must, however, not try and sell minneolas on the same scale in Spain. That will simply not work.”

On the growers’ side, the picture, however, looks a little different. “That is a concern and threat to the minneola. Farmers see that this fruit’s yield per hectare is low and that it is not profitable enough. Many of them then switch to other citrus varieties such as the later Nadorcott and Tango. The decline in minneola acreage can be seen everywhere - from Peru and the United States to Israel and Turkey."

"In Israel, growers go over to planting Orri, and in the US, they switch to easy-peelers. I think the volume will decrease even further in the next two to three years. That also reflects in the price, which has increased by 20 to 25% in recent years,” adds Jaap. Between 2018 and 2019, minneola prices rose by about nine percent.

To compensate for the declining volumes, Olympic Fruit is focusing on tying growers to its business. “We offer good prices to farmers in our programs, with long-term contracts. In this way, our clients can trace the minneolas back, and vice versa. That is not only the case with our minneolas but with all our products.”

It is, however, not possible to offer minneolas on the market throughout the year. “There is a gap between the American and Peruvian seasons, from about week 18-20 to week 24-25,” says Den Boer. “After the season in Peru, there is another gap between around week 40 and 48. After that, the minneolas come from Israel and Turkey. That supply then continues until week 8."

"We received the first container of minneolas of 2020 from the US at the beginning of March. We have noticed that there are a lot of these fruits being grown in Australia. But the distance across the ocean is too great. And if you bring produce in by plane, then you end up with a true niche product."

"Turkey and Egypt are two countries that have come onto the market fairly recently. That is mostly because of the decreasing volumes in Israel and rising prices for minneolas there, which has created space on the market. The Turkish minneolas’ quality is comparable to those from Israel, but in all honesty, I think that Israeli minneolas taste a little better,” admits Jaap.