Recycling and reusing plastic are the solution to be sustainable

"Packaging contributes to promoting products in the fresh produce sector and especially in the food segment. This is why it is an important element in the economy of a chain," explained Lisa Pisani, CEO of Novapack Sud, during a convention organized by Enza Zaden in Vittoria (RG) on February 27th, 2020. 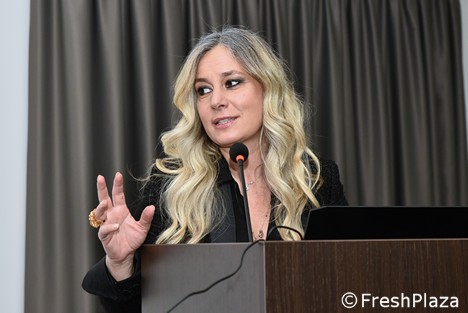 A social and cultural analysis
"The European Community issued a directive that forbids the use of plastic for single-use products. The prohibition will enter into force in 2021, but there is already a widespread general demonization of plastic. Currently, the directive does not provide a viable alternative, not even biodegradable or biocompostable plastic. Cardboard, on top of not deriving from renewable sources, lacks in availability and poses ethical issues. Indeed, these materials scattered in the ocean would still last enough to pose a threat." 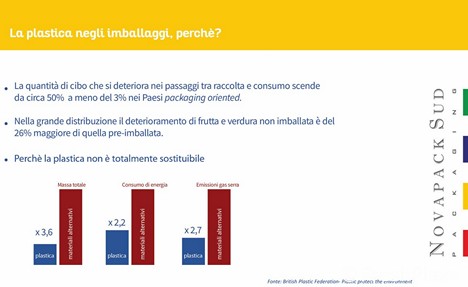 Plastic is not entirely replaceable

"My position is in line with that of the scientific and industrial communities which, in the interest of a clean world, stress the need to salvage and reuse plastic materials. They also promote the introduction of an increased sensitivity towards the salvaging, differentiation and reusing of products that have not been re-used yet, as it happens for example with 'Bottle to Bottle'."

"There are so many other products, such as for example R-PET containers destined to the packaging of fruit, that can be reused and made into new plastic. The latter and a large share of similar products are still not collected and re-used, which creates the conditions for an uneconomic worsening of the environmental impact due to dispersion in the environment." 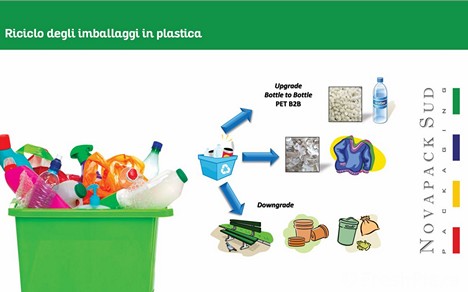 "Bottle to Bottle", how to recycle a product on different levels

"If a good part of the products that are now made of plastic was to be salvaged and used for an 'N' number of times, benefits for the environment and economic system would soon follow."

"In addition, in its current state, the plastic packaging industry has introduced innovations to guarantee the freshness and organoleptic properties of many products: this condition cannot be obtained with other types of material, which are therefore difficult to use as replacement."

"Packaging is also a way to promote the image of a brand, but is currently mainly used for its function that delays natural decay in the post-harvesting phase. Just think that, in least developed countries, the quantity of food that deteriorates between harvesting and consumption is 50% while  the percentage drops to 3% in the more developed countries." 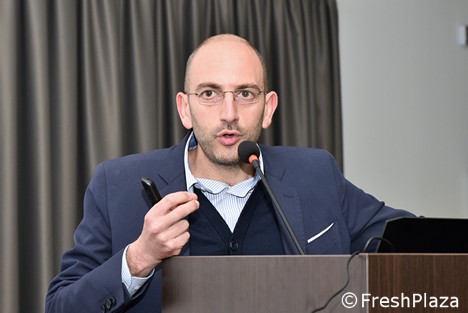 Change everything not to change anything
"Another burning issue is the effective reduction of waste in absence of plastic. While what scientific studies proved is true, i.e. that plastic dispersed in nature lasts up to 400 years, there are no such studies that prove how alternative materials (bioplastic or cardboard produced with additives, glue and polluting chemicals) do not harm the flora and fauna. Although they last for a shorter time, they are still not compatible with the environment if not composted properly," added Francesco Tommasi Rosso, production manager at Novapack Sud. 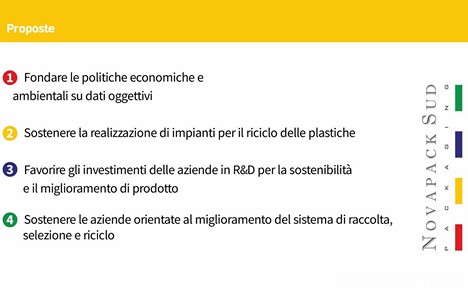 The proposals of Novapack Sud

"The waste issue remains a serious one, but we need to distinguish between myth and reality. It is a common thought that it is Europe that contributes to polluting the oceans, while the seas are mainly polluted with detritus from the Asian rivers. Some parts of the world are unfortunately too removed from the industrial culture of plastic and the way waste is processed in Europe." 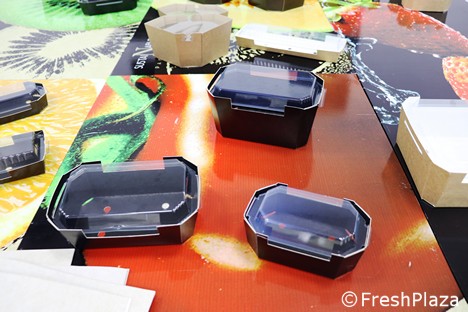 How sustainable is it to be sustainable?
"The tendency to demonize plastic, which is not supported by science, would lead to greater damage in absence of a system to support a conversion of the sector in Italy." 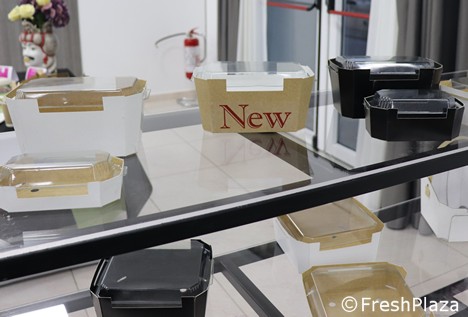 "Many have no idea just how much the packaging for the food industry segment is worth in Italy, as it represents 1/100 of the Italian GDP employing 50,000 people with 3,000 companies and a turnover of €12,000,000,000. This means that packaging must be considered as an aggregate to the main segment (i.e. that of agricultural production and food processing). What is more, Italy is a leading country when it comes to food packaging not only for its volumes but also for its technological progress, meaning the segment should be defended while respecting the environment and in the interest of the continent."