The 5 most expensive fruits in the world

Melons are the most expensive species of any fruit in the world. A pair of Yubari Melan was auctioned in 2014 for $26,000. This melon grows in Hokkaido Island near Sapporo and is a hybrid variety of other sweet melons.

This particular watermelon is black. It is a fruit that is grown especially in northeastern Iceland of Japan. In 2008, this watermelon was auctioned for more than $6,100.

Cultivation of Ruby Roman Grapes first started in the year 2008 in Ishikawa Prefecture, Japan. According to some sources, the price of a bunch of Ruby ​​Roman grapes is $910. 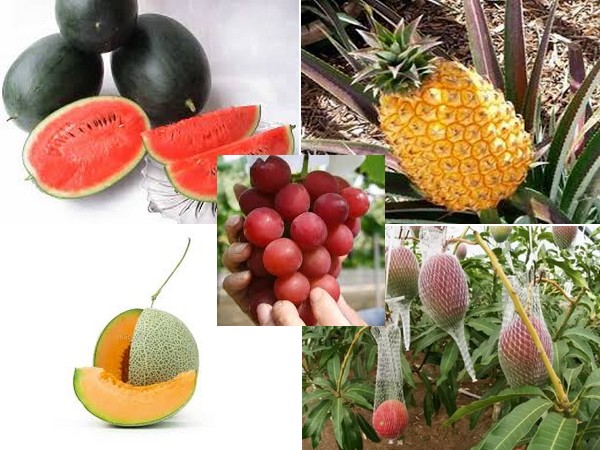 These mangoes, which look like a large egg, are also produced in Japan. These fruits have been sold for around $3,000.

Pineapples in the Lost Garden of Heligan, England are the most expensive in the world. They fetch up to $1,600.