For about three weeks now, lettuce prices have been on a downward trend. They have certainly seen better days.

"With regard to the assortment of lettuces, the situation has been particularly difficult for some weeks now. The fairly mild climate, which marked the second half of the winter, has caused an early lettuce production in northern Italy and, therefore, an overlap with that of the central-southern areas. The oversupply has generated a sharp drop in prices, which has now become permanent. Despite everything, we are still working with our customers and the product is of good quality". This is what Felice Petrillo, president of Aop Luce, said.

"In all the markets of central-southern Italy, the maximum price for a box containing 12 heads of lettuce is currently 3 euros," asserted the producer Domenico Nappi from the Nocerino-Sarnese countryside.

The current quotations do not even cover the costs of harvesting. One other factor to our disadvantage was the excessively mild climate, which has accelerated the growth in lettuce production, leading to an excess of this reference on the markets, which caused a drop in prices." 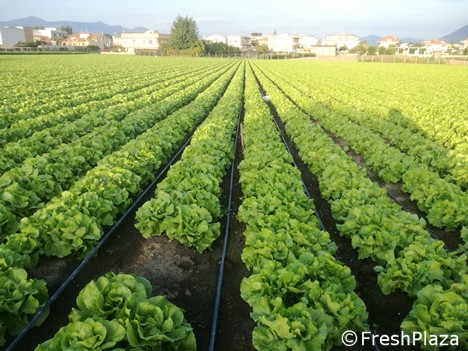 "The negative repercussions will also affect the next crop schedule, which involves the field because the Coronavirus emergency, together with unsatisfactory quotations, makes us uncertain of what to do next. Normally, April is the month that sees the cultivation of other crops in the Nocerino-Sarnese countryside, in addition to lettuce, such as celery and escarole. The current situation could have a huge impact on the economy of this geographical area of region Campania."