The climate in 2020 brought forward the harvesting of many products, including asparagus from Sicily. FreshPlaza talked about it with Enzo Rasà, president of Consorzio Asparago Sovrano. 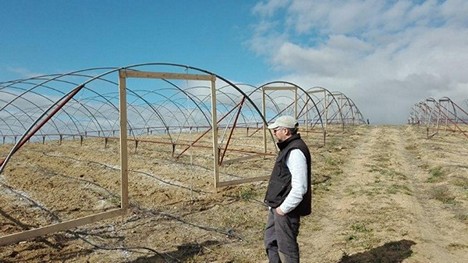 "Protected crops are rather early and quality is good. This year, harvesting started around January 20th and the campaign is currently in full swing. Harvesting in open fields started in early March."

The problem of varietal choice
"The main difficulty in our sector is linked to varietal choice as, over the last 10 years, the main variety (known as 'Grande') lost its original genetic characteristics. It managed to have a production of over 70% of extra produce with yields nearing 10 ton/ha, though it was susceptible to fusarium especially in sandy soils after 6-7 years. Currently, the only choice when it comes to early green asparagus is between 'Vegalim', 'Sunlim' and a new version of the 'Grande' variety, which though is not as high performance."

"Vegalim and Sunlim are rather similar with an early production, though only 30-40% of the produce has an extra grade and yields do not exceed 5-6 ton/ha. Both varieties are rather resistant to fusarium, but they are also rather susceptible to russeting. The new 'Grande' produces 40-45% of extra grades with yields not exceeding 6-7 ton/ha. We do not know if it is resistant to fusarium as the oldest crops are only 5 years old, though it is slightly susceptible to russeting." 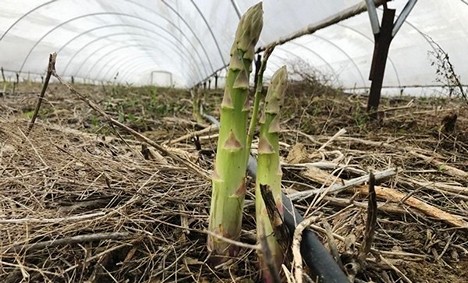 The commercial campaign
"Prices are in line with last year at the moment, although we are a bit worried due to the drop in consumption in Italy caused by Coronavirus. The domestic retail chain seems to prefer the produce from Spain purchased at €4/kg, while ours is purchased at €6/kg. Another problem is that Spain has little produce available, so we are hoping the produce from Chile and Peru will not be commercialized as well."

"The higher price of the domestic produce is justified by the fact that our crops are cultivated following production specifications. What is more, this year we have solved the weeding problem thanks to an entirely natural solution, so we will be converting our traditional crops to organic crops soon."