Imported watermelon supplies are tight as the end of the import season draws near.

“Supplies have been very very tight and they’ve been like that for the past six weeks,” says Joel Silverman of Paradise Produce Distributors LLC in Lakeland, Fl. “Since we don’t start Florida watermelons until the end of April, right now we’re relying on imported melons and on what little we’re getting from Mexico.”

Mexico hasn’t had a large crop of watermelons this season. “There have been all sorts of weather issues this winter so the market has been strong since November or December,” says Silverman. Along with Mexico, supplies of watermelons are coming in from Guatemala and Honduras.

Higher-priced off-season imports are very much part of the overall picture for melons now. “This has changed in the last eight to 10 years. It used to be that watermelons were a seasonal item,” says Silverman. “In the winter, not many people paid attention to them but they’ve become a huge foodservice item so their demand has quadrupled in the past 15-20 years. And demand for them is now 12 months out of the year.” 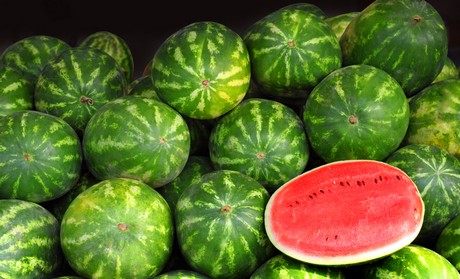 Better melons available
That said, he has seen improvements in the product itself. “The melons have been really good quality. With the varieties that have been developed in the past few years, the quality issues have been much less than in the past,” says Silverman.

All of this means that pricing on watermelons are between $275-$280 currently per bin. “They’re price prohibitive right now because with generally 45 watermelons to a bin, that’s a $6 watermelon before you put any freight or profit on them,” says Silverman. Overall this season, he says the price has fluctuated within a narrow range of $250-$300/bin.

Looking ahead, Silverman anticipates starting with Florida watermelon supplies at the end of April and increasing those supplies throughout May. “By then you’ll have three to four production areas going throughout the US. The market, because there’s a greater supply, generally is about ½ of what the imports are,” says Silverman.