"The digital divide is very much a real thing"

With 43 per cent of Australian farms having little or no mobile coverage, an Australian startup company is out to solve that problem through scalable wireless networks.

While founder and CEO of Zetifi, Dan Winson says most of the large-scale trials and sales have been in broadacre cropping and cattle, the company is keen to identify and explore solutions for horticulture farms with network problems.

"I noticed that there was a big demand for connectivity in rural and regional Australia, which is renowned for having terrible connectivity," he said. "66 per cent of Australian farms have less than full mobile coverage, so it's a pretty bad situation out there for our primary producers. The digital divide is very much a real thing (between city and country populations) and it is something the governments have tried to step in and solve. They have stepped in with 700 new towers built in six years - but they have barely made a dent in the problem." 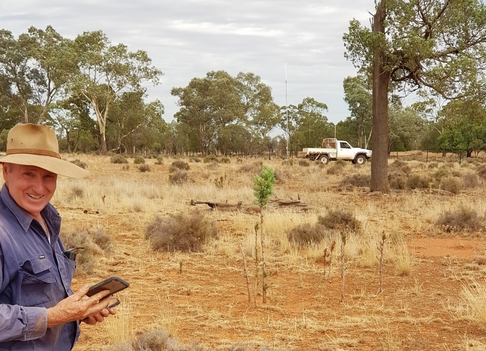 Zetifi is a company that finds connectivity solutions for people in rural and remote locations. While Mr Winson has a background as an academic in network engineering, specialising in wireless networks. He has since completed research and projects with the Northern Territory, Western Australian and New South Wales governments.

"I then went on to build a start-up company that is commercialising new technology," Mr Winson said. "We are a company that is building products that have got the solutions for connectivity in remote and rural locations." 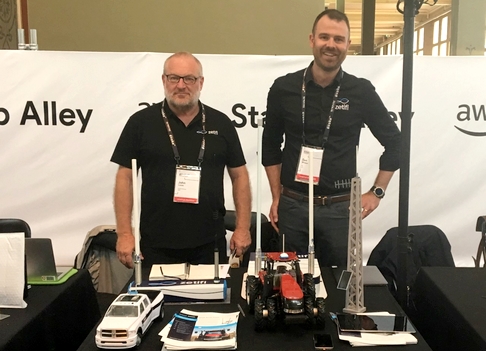 Photo: John Lucas and Dan Winson from Zetifi at the evokeAG. 2020 Conference in Melbourne.

The company's technology is based upon standard, long-range Wi-Fi, but one of the key differences, according to Mr Winson, is the unique feature of shutting down a device when it is not in use.

"We have patent-pending technology that allows us to send it to sleep when it is not in use," he said. "This conserves around 80-90 per cent of the power, reducing the need for a large solar panel or large battery. It also makes installation easier, and makes it more scalable to provide connectivity across a farm or large property that is in an area with little to no mobile coverage."

The products available include Zetifi Rover, which provides high-speed connectivity for machinery and operators, and Zetifi Gateway, which allows farmers to browse the web from the paddock, use wireless CCTV cameras to improve security and make and receive phone calls even in mobile black spots. 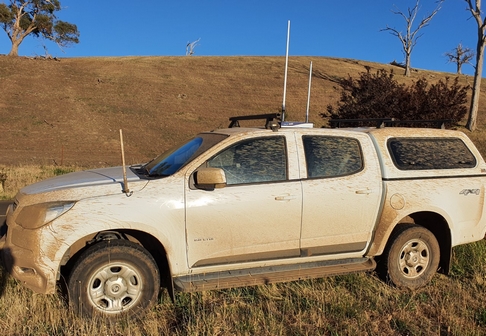 Mr Winson added that since the products were first launched on the market, there has been an incredibly strong uptake.

"We have had incredibly strong support, that at one stage we had to take the products off our website, to make sure that we could keep fulfilling orders," he said. "That was just for a little while, and rest assured they are back up and available."

So far it has all been positive feedback for Zetifi, not only in terms of farming operations but to the personal lives of families.

"Having access to connectivity, from a business point of view, saves you a lot of time," Mr Winson said. "It reduces a lot of risks too because you can put in cameras and know what is going on. Also, it can reduce Workplace Health and Safety incidents. In general, it is just an improvement to the quality of life - being able to what the people in the city can do. As we are scaling, and the prices are dropping, it is very easy to get this up and running."