"With regard to the campaign 2019/20, we noted a delay of about a month compared to the last campaign, due to the flood of 26 October 2019, which did not allow the usual early sowing at the end of October/beginning of November, but instead postponed it from late November onward," reported Gabriele Francesco Tarallo, 41 years old, from Sicily, a potato producer since 2002. 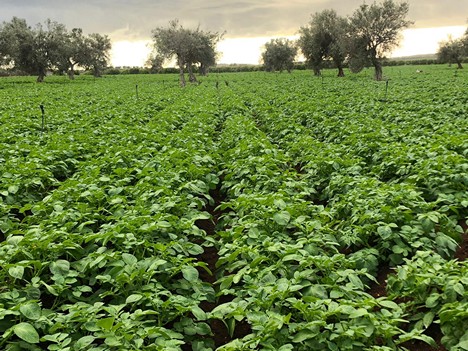 Having graduated from the University of Catania with a degree in Agricultural Science and Technology, Tarallo is our ideal interlocutor to examine the potato campaign, which is about to start.

"Despite being behind schedule this year - added the expert - we must acknowledge that the high temperatures of 2020 have accelerated the cycle, although the absence of rain forced us to water exceptionally for the period. I therefore believe that the real commercial launch of the new potato will take place around April 15, with adequate quantities and excellent quality, which means homogeneous products with intact skin, and will remain so until about 10 June, depending on the temperature."

Sicilian production is doing well, but prices will depend on foreign competition
"In the next two or three weeks," continued the entrepreneur, "we will also understand the price trend which is, as we know, influenced by the quality and quantity of production per hectare, and in this regard, as I mentioned, I am very optimistic, but we still aren't sure about the quality and quantity imported from North Africa and the stocks of tubers from the previous harvest, which also influence prices.

The number of hectares transplanted with new potatoes is almost the same as last year, certainly a good quantity, but far from the golden years.

The most common cultivar used, according to our interviewee, is the Arizona, followed by the Bellini, the Universa and other new varieties, which bodes well for the future. 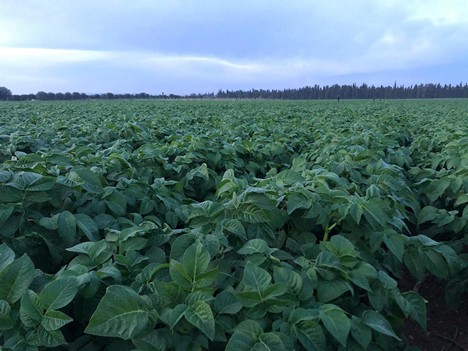 "But, above all, consumption will be influenced by the taste and healthiness of the product - underlined Tarallo - Our new potato, which is harvested, washed, and available for purchase within 48 hours, has no preservative treatment required for its storage in the ship, and is produced in compliance with the production specifications. It has an excellent taste, almost naturally sweet without any aftertaste of earth or grass. And let's not forget that the guidelines on production are made to protect the health of the consumers and that the Italian ones are the most rigid in the world!"

" Now more than ever before - concluded the agronomist - we young farmers aspire to bring back onto the market our best products, such as the new potato, based on a clear and ethical chain of production, where both observance of the law and its specifications and the quality/price of the product can, and must always, go hand-in-hand. We pass the shortcuts on to others."