Italy, Spain, France and the Netherlands combine their Interbranch Organizations

The four Interbranch Organizations from France, Spain, Italy and the Netherlands operating in the fresh produce sector (Interfel, Hortiespana, Ortofrutta Italia and BO G&F NL) met in Paris over the past few weeks to set up a board of European IOs by adhering to Freshfel in order to promote the European fresh produce sector and obtain recognition for the added value provided by IOs.

All national IOs recognized within the EU can adhere. 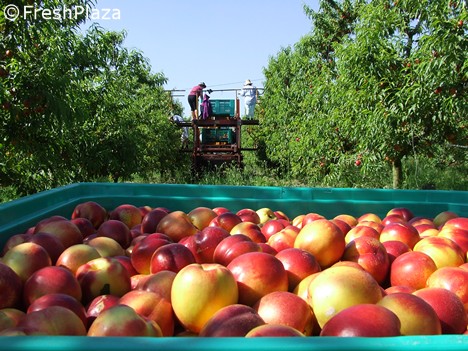 As Freshfel has already adapted its rules to enable the coordination of IO activities on a European level, the board will be set up during the next General Assembly to take place on May 27th in Brussels. The board will give a leading role to Interbranch organizations operating within the fresh produce sector during the new discussions on the Common Agricultural Policy and the "Farm to Fork" strategy.

In addition, the four IOs discussed the French measure on circular economy that aimed at forbidding the use of plastic packaging and stickers as of January 1st 2022. This measure would involve all operators of the various Member States and raises questions on its compatibility with the Community directive on plastic.

"Considering the difficult health and economic situation we are currently facing due to the Coronavirus, this desire to cooperate and work together is a positive sign. Interbranch organizations work to maintain the supply chain in the various countries active so as to nourish all European citizens," stated Ortofrutta Italia president Nazario Battelli.

Interfel gathers all professions in the fresh produce sector. All functions are represented: production, cooperation, shipments, imports, exports, wholesale commerce, distribution (supermarkets, specialized shops and catering services). Interfel is a private organization and is recognized as a national interbranch association by the French rural law as well as by the European Union within the common organization of markets.
d.soares@interfel.com

Hortiespaña was recognized as an Interbranch organization by the Spanish Ministry for Agriculture, Food and the Environment in 2016. It gathers the organizations producing and commercializing tomatoes, bell peppers, cucumbers, zucchini, eggplants, melons and watermelons grown in greenhouses and destined to be consumed fresh. It represents 3 million tons, 40,000 hectares of greenhouses, 19,000 producers, 277 businesses and around 100,000 jobs.
prensa@hortiespana.eu

Non-profit organization recognized by the Italian government as an Interbranch Organization with a specific Decree on 6th December 2005, renewed on 29th November 2016
Ortofrutta Italia is made up of the leading Italian organizations representing fresh produce producers and traders. It represents around 350,000 businesses, 300 POs, 300 companies, 700 wholesalers, 40 distributors and 15,000 specialized stores.
info@ortofruttaitalia.it
www.ortofruttaitalia.it