While the current shopper demography shows that the majority of money in retail stores is spent by the baby boomer generation, numbers also indicate that the millennial generation is growing twice as fast as other groups in their purchases. This means that the shopping habits of millennials are very important to note because their purchasing power will only continue to grow.

In-store signage dethrones paper circulars
The demographic makeup of shoppers is important in the way different generations respond to advertisements. During the Power of Produce presentation at the Southern Exposure trade show, held in Florida at the end of February, Anne-Marie Roerink of 210 Analytics, LLC. presented her findings on the differences between the millennial and boomer generation with regard to how different advertisement media reach them. She says: “The paper circular used to be huge, but now instore signage has dethroned it and become the main platform. 54% of consumers made their purchases based on instore signage, while 53% of consumers made their purchases based in the paper-circulars they receive at home.” 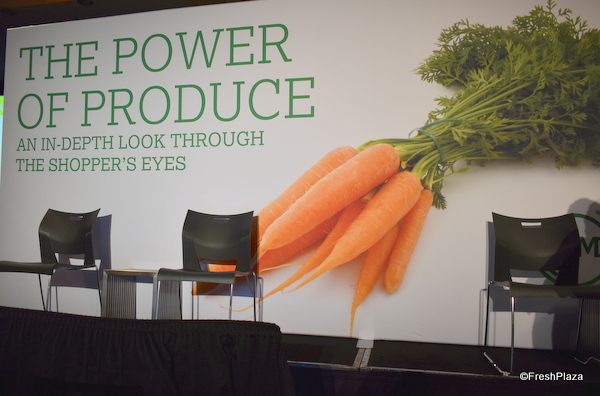 Impulse purchases still depend on in-store promotions
While the online platform is growing and gaining popularity for promotions, it remains important to ensure that in-store opportunities are continually thought-out and presented to the consumers. Roerink explains: “Produce is mostly a planned-out purchase as 79% of shoppers indicate they plan out what produce products they wish to purchase before going to the store. However, 83% of shoppers indicate that they occasionally buy unplanned items so there are huge opportunities for impulse purchases. This is all done through in-store strategies, such as loyalty programs. Offering samples is also a great strategy because it is the one thing that the internet can’t offer.” 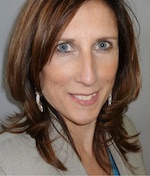 The research shows that there is benefits to both online advertisements as well as in-store promotions. With regard to social media, Roerink’s findings show that a blend between these two is the best option. “Blending instore shopping with social media is the way to go about this. For example, creating ‘instagrammable moments’ through displays in the stores,” she says.

Another way to blend the two is by tying recipes to products. “63% of consumers have said that routine is the most important driver for their meal planning. The issue with this is that it leads to boredom with meals and then they end up opting for eating out more often. So, it is up to us to help inspire them and present new recipes. This will not only introduce the consumers to new products that they otherwise wouldn’t have tried, but it will also increase the amount of produce they purchase because they will be cooking at home more often,” Roerink concludes.