The latter part of the Mexican season on grapes looks to be starting early this year.

“Jalisco will start up in mid-April and we’ll have that for a few weeks. And then we’ll start in Sonora—it’s coming on a bit earlier than normal but weather could change that. Right now, it looks to be seven days ahead of schedule,” says Scott Rossi of Nogales, Az.-based Fresh Farms. “It should be good for the market.”

Currently, imported supplies are going from Peru and Chile. “Supplies on green grapes are winding down quickly and red grapes should go into May with Chile and whatever Peru has left,” says Rossi. 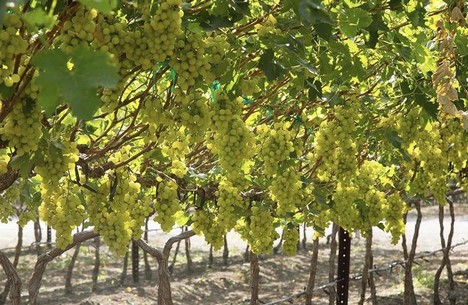 Freeze consequences
However, a freeze in Mexico did impact the incoming Mexican crop. “We’re guessing that about 10 percent of the crop was taken off if you combine all the districts,” says Rossi. “But last year we came off a bumper crop.” He notes that Fresh Farms plans on holding back some product from Jalisco to cover the first few weeks in May with some of the top grape varieties as transitioning happens to Sonora in late May to early June. (Mexico’s production on grapes tends to wrap by July 4th.)

In the meantime, variety development on grapes continues to be in the spotlight. “Most of the growers are transitioning into the proprietary varieties and that’s where growth on Mexico is going and that’s what we’re doing,” he says. “That includes Sugar Crisp, Sweet Globes, Sweet Celebrations and of course we’re growing rapidly on Cotton Candy grapes and other candy varieties.” 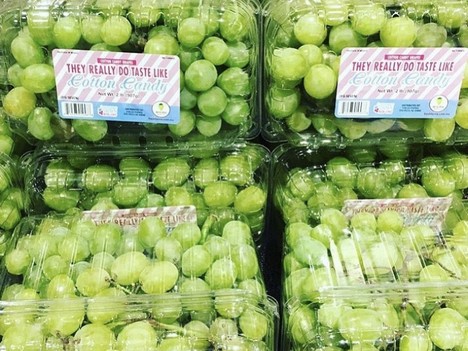 Growth in proprietary
This is the case with proprietary varieties for organic grapes as well as organics continues to see growth in demand year after year. “We’re hoping the new varieties will show the quality and consistency that consumers are looking for and drive organic sales,” says Rossi.

At the same time, volume is decreasing on Sugarones. “We’re into all the new varieties on the green grapes and feel the Sugarones are fading away. Demand on the better varieties is there so it’s been restructured and we’re looking towards new varieties with better production and sweeter grapes,” says Rossi. “Everyone wants to get away from Flames. But May is still an important part of production.” He adds that production out of Jalisco in May will still see some Flame volume and then move in late May to the Sweet varieties out of Sonora. “Everyone wants to move away from Flames but it’s not really realistic yet,” he adds.

In addition to all of its work in variety development, Fresh Farms has also just opened three new packing houses in house to handle grapes—one in Jalisco, Hermosillo and Guaymas. “In-house packing is more expensive. But by controlling every part of this packaging process, it gives us a huge advantage over field pack,” says Rossi.

In the meantime, with the new varieties coming on and Chile wrapping up on greens, Rossi anticipates pricing should be competitive for Mexican grapes. “And then when we get into June when the volume hits, then we need to be aggressive and promoting,” he says.