The annual Maluma symposium is a highlight in the agricultural calendar: it brings top avocado researchers and developers to the farming community of Tzaneen and far beyond, while allowing unprecedented access into the workings of a successful and pioneering avocado farm.

The symposium consists of a day of presentations, followed by visits to various orchards on the second day. 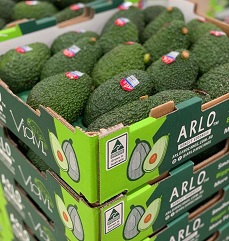 At the symposium the announcement was made of the Viavi brand that will represent the top tier Maluma avocados from certified packhouse, as well as the second-tier certified Maluma category, to ensure unwavering avocado quality to consumers who are distrustful of the category.

Right: the first Viavi packed in Australia by MacKays, Queensland

The symposium stimulates debate of all aspects of avocado farming, not the least of which their decision to wholeheartedly move into high-density trellised avocado production.

As Dr Mary-Lu Arpaia of the University of California-Riverside said at the symposium: "To me the trellising is revolutionary. The debate is really important, even if you don't end up doing it." 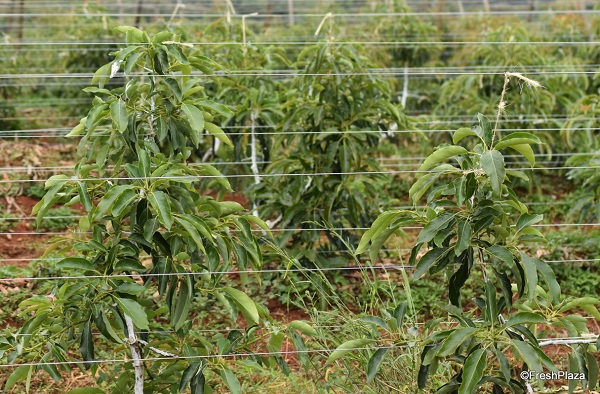 The Maluma is an avocado with its origins in South Africa. It has developed a devoted following because of its commercially valuable yield (peaking at the most valuable counts), its resistance to alternate bearing, its heat tolerance, its favourable seed-to-flesh ratio and its shelf life, resulting in improved marketing efficiencies.

However, as Simon Tattersall, managing director of avocado marketer Afrupro firmly stated at the symposium, successful production of the Maluma demands "a ruthless pursuance of postharvest protocols". Its exceptional shelf life exceeding 30 days is a direct function of rigorous ripening and cooling processes. 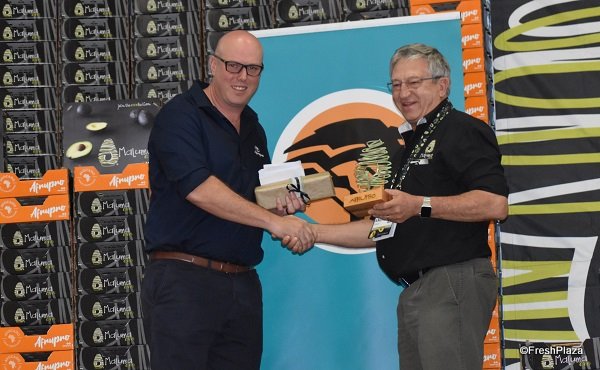 Whereas initial thinking was that the Maluma is an early cultivar - a window for which the industry is always on the lookout - they have found that it is more sustainable to market it later in the season when it has a long run; last season its harvest ran for 18 weeks. 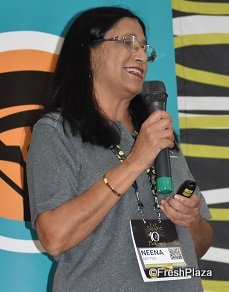 Prof Neena Mitter (right) of the Queensland Alliance for Agriculture and Food Innovation (QAAFI) at the University of Queensland told delegates that the avocado's genome is not yet fully annotated, meaning scientists don't yet know the function of each gene pair.

She said that the full Hass genome could be publicly available later this year.

She explained their work on microRNAs at QAAFI and their development of a RNA-based vaccine against phytophthora.

She also noted that there are no avocado seeds in the world's seedbanks because the seed loses potency, but they are pioneering methods of cryopreservation of avocado germplasm to ensure the survival of a wide variety of avocado genetic material. 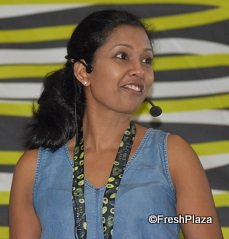 Her colleague Dr Jayeni Hiti-Bandaralage (right; Zander Ernst introduced her as "a true tree hugger") expained how they are going about to achieve what many have tried but at which no-one have yet succeeded: tissue-culture propagation of the avocado.

FreshPlaza will be reporting on their presentations in more detail.

Dr Mary-Lu Arpaia of the University of California-Riverside is a frequent visitor to the Maluma symposium, but this year she gave an overview of the avocado, a food crop less domesticated than, say, apples. "The avocado retains a trace of its wildness," she told delegates, and genetically it is a very diverse fruit.

She pointed out that the world has forgotten how important the Fuerte avocado was from the 1920s to the 1970s, before it was supplanted by Hass.

"We need varieties that bracket Hass. It is dangerous to be reliant on one old variety," she said; Hass is on its way to its centenary. "Hass has a good postharvest life but it's not perfect. We need something better. Minimizing grower input is one goal of avocado breeders, and we want a diversity of flavours to grow consumer choice and demand." 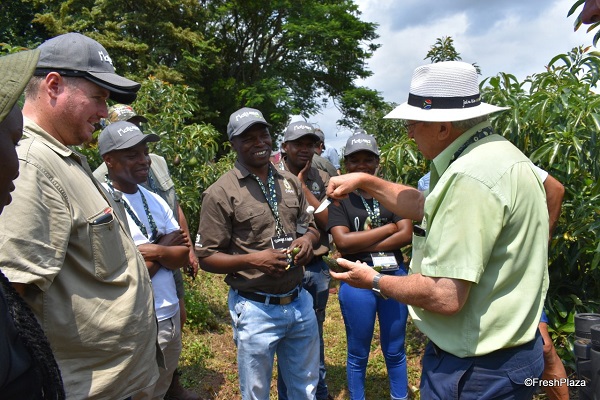 The Maluma symposium is a master class in contemporary avocado breeding, production and marketing

The Maluma blog is the only of its kind in the world: all of the research on a single cultivar brought together in easily accessible format. 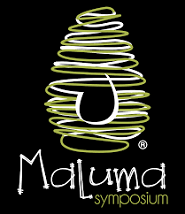