Supplies of shadehouse cucumbers begin this week out of Sonora, Mexico.

“Supplies from there will go into mid-June and as for production, there will be a good flow. I don’t see any type of interruption anytime soon,” says Raquel Espinoza of Rico Rio, Az.-based Produce House. Espinoza notes that production is starting on time this season.

The season’s start follows a challenging growing season for the vegetables. “Mother Nature hasn’t been good to us this year but I think that might be auto-correcting itself and things are now looking good,” says Espinoza. “Since the beginning of the season, there was one thing after another including hurricanes early on. Then we ended up getting a lot of rain and after the rain there was a freeze.” While potential damage to product largely depends on when in the growing season the weather event hits, Espinoza notes that the cucumbers have come along. 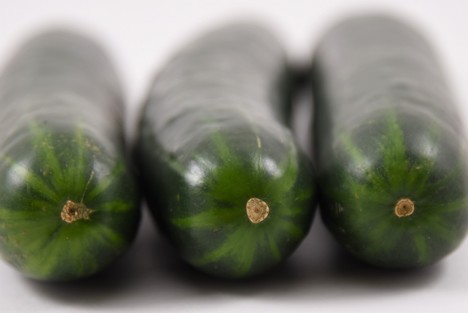 Demand meeting supply?
Overall volume this year looks to be the same as last year or slightly less. “And demand varies from year to year,” says Espinoza. “Markets have been relatively high for most of the winter season due to supply and demand. There were light supplies for most of the winter season. We’re hoping demand will be even with supply. I do think it’s a good item for springtime.”

Espinoza notes that she’s anticipating good supplies of product to be available in the marketplace which should make for steady supply and demand.

As for pricing, with production beginning this week, it’s undetermined whether it’ll keep the current high pricing of approximately in the high $20’s in place or move somewhat.