Requests for packaging increased by 10 percent in a few days

The cardboard packaging sector is agile and flexible and is meeting the increase in orders in the past few days in a timely manner. Claudio Dall'Agata, director at Bestack, commented on the current coronavirus situation. "The food sector, especially the fruit and vegetable segment, has faced a sudden increase in the number of requests in only a few hours." 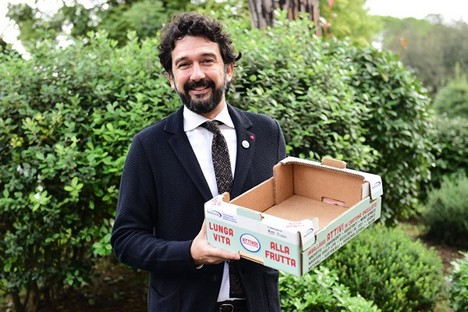 "In the last three days, there has been a significant increase for food packaging, with peaks for some product categories ranging around 15%. The increase in packaging for fruit and vegetables is slightly lower, but still around 10%. Among the many reasons for such an increase is the greater flexibility of the system in comparison to other ones, which is capable of responding to higher volumes more quickly, as well as an increased need for stocks from the food production industry, given the uncertainty in the transport sector in the short term."

The packaging industry has always been the thermometer of the GDP, however we are now transiting into a phase in which economic cycles are very short. "There will be a before and an after 9 March 2020. It signals a split in a phase that is, and remains, flowing. Everything can change in a very short period of time, even hours. Faced with such a scenario, the winning models are the most flexible and smart ones." 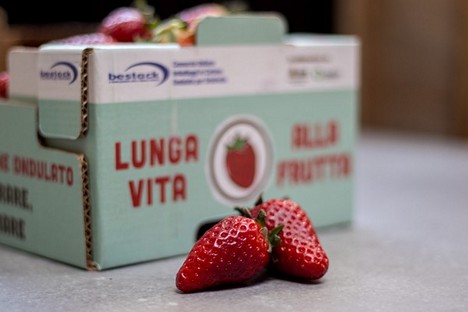 Cardboard packaging belongs to these versatile solutions that are able to meet the needs of the supply chain. While other solutions have longer response times, "our companies are able to meet the greater demands of cardboard packaging within a shorter timeframe. The demand has increased a lot, it has surged, but the supply responses have not been slowed down, neither delayed."

The citrus, kiwi and pear campaigns, which were characterized by tighter timetables and lower production, caused a soaring trend in demand for cardboard packaging in the fruit and vegetable sector in the first two months of 2020.

"It is difficult to predict the future trend, but certainly in the last few days the demand for food products for domestic consumption has grown, while the out-of-home supply chain has collapsed. We are speaking of perishable goods, and we can expect them to be consumed in the short term, which means that they will need to be bought back. In any case, it is to be expected that this will have repercussions on purchases and changes in consumption habits."

"However, the situation is constantly evolving - he concluded - and next week the outlook may probably look different. In supermarkets, at times like this, we see that offers are being ignored, buying is almost compulsive and even the urge to grab supplies exceeds price sensitivity. We will certainly learn something from this 9 March 2020.