A New Zealand onion exporter has found that the Indian market cannot get enough of the country's produce, in the first 12-months in operation.

"It's just insatiable," Founder of Numb3rs Talk, Bill Karaitiana said. "Particularly when they are refrigerated and top-quality, but I now realise that most cuisines use onions. I started the journey almost a year ago, and it is so much fun. I thought I may be a dreamer, but why not become an onion king! Pick one product and send it everywhere."

Mr Karaitiana has not always been involved in the fresh produce trading industry, but says he got into the export trade to fill a gap in the market, and "joining the dots". 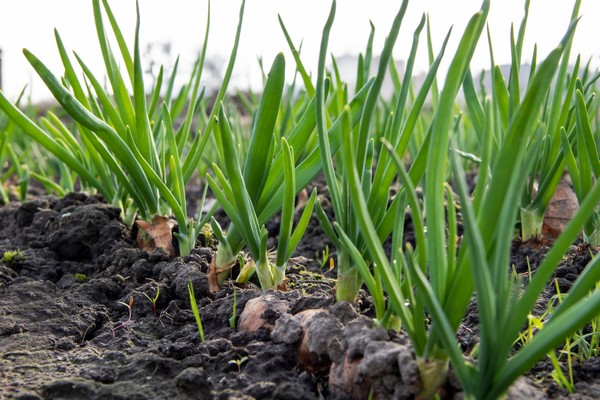 "My brother works in the kiwifruit sector and his company Hukapak exports Kiwifruit through the front office Zespri, and packhouse which is owned by Seeka," he said. "I was doing business development work; he was actually from India but based in Auckland. He pointed out that there was a shortage of onions in India, so he asked if it was possible to get a couple of containers. My brother put me in touch with some people, and that's how I got started. I am basically picking slow-perishing vegetables, onions are one of them, with coolers of course, and I'm just growing the business by exceeding on people's expectation of quality."

Numb3rs Talk sources the produce from several growers in New Zealand and the business is interested in growing their own onions for export.

"I am not a grower, but I am from a farming background," Mr Karaitiana said. "We do have some land in the South Island, west of Christchurch, and we are thinking of actually, instead of growing potatoes, but onions. There's actually some scope for people to get into growing onions, but other people just haven't connected the dots, because it's one of those things - either people don't know about or they are taken for granted. The beauty of it is that everyone needs onions."

While India is the main destination, Numb3rs Talk is looking to expand to other countries, provided "the margins are right". New Zealand's location is another major plus for exporting to several global markets, according to Mr Karaitiana.

"Strangely enough, we see ourselves as being a million miles from anywhere," he added. "In fact, if we are exporting to Asia or the United States, we are smack bang in the middle - which is a plus. "

Mr Karaitiana also gave some insight into the background behind the name of the company, which integrates letters and numbers.

"The essence of the business is explaining human behaviour, by looking at the numbers, which is a skill," he said. "So, in terms of exporting onions and other things, it's just increasing the volumes. So, the numbers are the volumes to export, but underneath that is all the detail that needs to be tidied up to make it happen. Before getting into this, I did a lot of organisational development work, and within around two days, I can generally get a good understanding of a company, and come up with some solutions to the problems a business faces."