“In volume and in quality, we are satisfied with this year’s potato campaign”

Laura Bosquet, export salesperson at Culture Pom, a potato trader located in Champagne - claims to be satisfied with this year’s campaign. “We obtained nice volumes. It is still difficult to say when the season will end exactly, but we believe that we will go further than we did last year, which was until the end of April.” 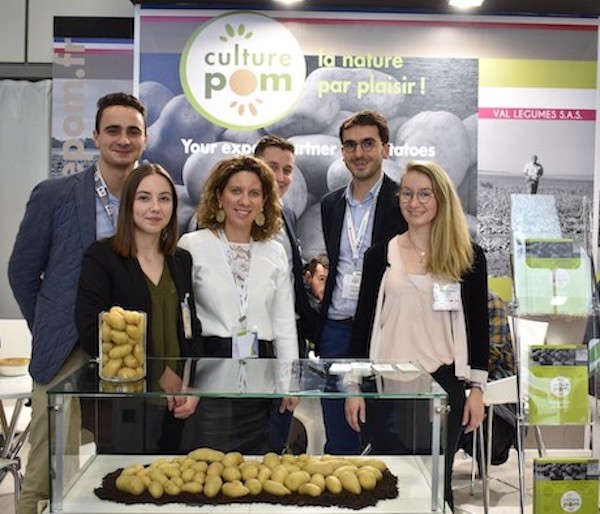 As for the quality, Laura describes it as variable. “The weather in some regions affected the grubbing, which led to a later harvest and some quality concerns. But we were not affected here at Culture Pom. Globally, the quality is quite good this year. We have a bit of everything, which allowed us to supply all our clients’ needs.”

Despite a very mild winter, consumption remained regular throughout the season, even if Laura now notes a slight lack of dynamism compared to the previous year. This year, one variety was particularly popular on the French market and in export, which is the Colomba variety. “This potato has a fairly light skin, it is visually attractive and has a very nice taste,” explains Laura. “A variety which is versatile, delicious and friable.”

Culture Pom has a wide range of potatoes in terms of diversity, which the company offers on the French market or exports. “This year, Spain was especially present. It is always the most demanding country for export, but usually the gap is less marked between Spain and other regions like Italy or Eastern Europe.”