"By husking the cauliflower, you halve the wastage"

Tolpoort is a packaging and distribution center in the Netherlands. They provide their clients with broccoli and cauliflower throughout the year. This company gets Spanish supplies themselves when there are no Dutch products available. “The weather conditions were not great, but, in general, we have been able to meet demand well. In January, we had a dip for two to three weeks, which made things tight. We deliver these vegetables to a group of permanent clients via The Greenery, so try to then solve these problems along with that company. The weather always affects production, and we have to deal with that properly," says Gerard Korse of Tolpoort. 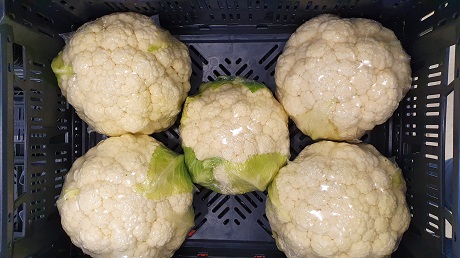 Sixes are the main product at Tolport

"There could just as easily be a peak in production, then we then have to try and plan promotions.” The Spanish cauliflower season will run to the end of April, depending on the weather. The program is supplemented with Dutch winter cauliflower in March. “For now, things look good there. As yet, no frost is expected in the Netherlands, and, generally, that means you have a good quality winter cauliflower alongside the Spanish product. The Spanish broccoli season usually lasts until May, and then, Dutch cultivation generally takes over.”

At Tolpoort, you will see different sizes of, in particular, cauliflower being sold. Sixes are still the main size, but at Tolpoort, they have observed a growing demand for tens. The smaller sizes have a much higher cabbage/leaf ratio than the size six. That is why the smaller cauliflowers are as husked and have part of their stump removed. “Only a few little green leaves remain on the husked cauliflower. That means you have 50% less waste and so, more weight," adds Gerard. 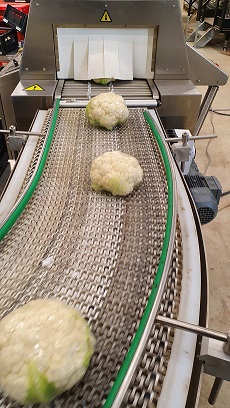 From a 1.2kg head, you go down to about 500 or 600g. The only weight you add is a 5g film that envelops the vegetable,” says Gerard. By husking the cauliflower, you halve the wastage, and you have to transport less volume. “There is a lot of resistance to plastic packaging, but when you consider the eventual CO2 footprint and cost, they are considerably lower.” Other considerations when packaging cauliflower are shelf life and hygiene.

The rules for packers are becoming increasingly strict with workers’ and processing spaces’ hygiene is being closely monitored. That, while the product is grabbed from store shelves and shopping carts and on cashier conveyor belts.

“We are BRC certified, and our regulations demand, for instance, that our employees wash their hands and wear gloves to avoid contamination, but in the shop, anyone can pick and put down the product. The question now is how this will develop in the future,” Gerard concludes.