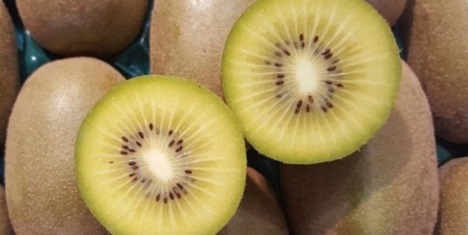 "We have investigated the carotenoid profiles and have associated gene expression to reveal its responses to different storage temperature (20 °C and 4 °C) in two kiwifruit cultivars, bright-yellow-fleshed Jinshi 1 and pale-yellow-fleshed Jinyan" say the scientists at Sichuan Agricultural University (Chengdu, China).

"Results have demonstrated that the increase in carotenoids level at 20°C depends on  PSY, CCD1 and NCED1 genes - the scientists conclude - Furthermore, a high proportion of β-cryptoxanthin might contribute to yellower flesh in Jinshi 1".