Launch of Viavi brand, cream of the Maluma avo crop

At the current Maluma Symposium, the owners of the cultivar announced that from this year, the top class 1 fruit from certified packhouses will be presented as Viavi, the top-tier Maluma avocado. This will go into ripening and triggered programmes for the consumer brand on the shelf.

Viavi avocados will be exclusively available at Woolworths stores in South Africa, while there are trial shipments lined up to "key European supermarkets", announced Allesbeste brand manager Donovan Lewis at the first day of the Maluma avocado symposium. The Viavi brand could still make its European debut during the 2020 season. 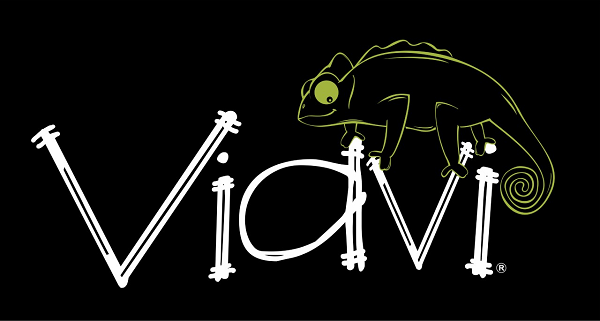 The name is a continuation of the use of Tshivenda, the second smallest of South Africa's eleven official languages: Maluma, the cultivar name, is also from the Tshivenda language, in which 'viavi' means chameleon, referring to the change of the Maluma avocado's skin colour during ripening. 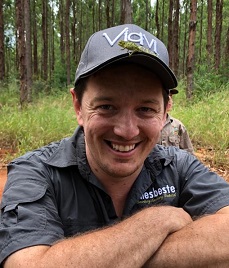 Donovan told delegates that Allesbeste Boerdery, owners of the cultivar, took one of their toughest decisions ever: "We spent the best part of the last two years to decide how we can reinvent the avocado, to keep growing the market share while protecting the interests of our growers."

Right: an auspicious sign, a chameleon found during the avo orchard visit, on the brim of Allesbeste marketing and production manager Zander Ernst's hat

Maluma is the cultivar name, therefore can't be trademarked. The lowest of the three tiers will be Maluma Hass, which will likely be sold, Donovan says, as Hass avocados at supermarkets.

Middle tier is certified Maluma, with its own distinguishing mark, a business-to-business or business-to-wholesale brand. 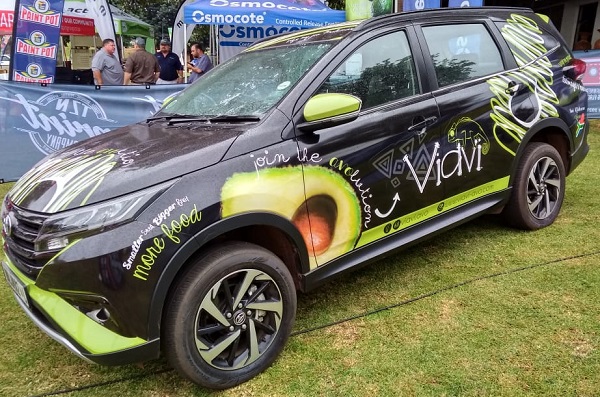 Low consumer trust in avocados
"Everything is called Hass. How can the consumer begin to distinguish between cultivars?" he asked, noting that the basic building block of consistent quality for repeat sales was already in place with the Maluma. If postharvest protocols are followed to the letter (a point firmly also made by Simon Tattersall, managing director of Afrupro) the Maluma's shelf life outperforms that of all other cultivars.

He believes the key differentiating factors of Viavi will be evident to consumers who come to know (and love) it: the fact that it doesn't brown after slicing as quickly as other types, or the fact that its seed is 5% to 10% smaller than the seed of other cultivars. 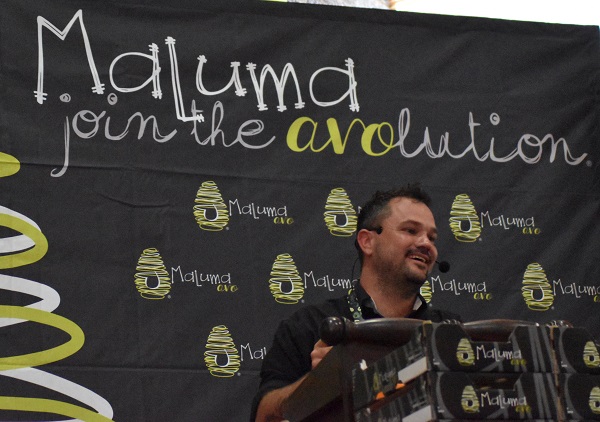 "What does the consumer value? With the right education and research, consumers will tell you what makes the difference for them. Will consumers be able to differentiate it from Hass? Currently the biggest issue with avocados is that consumers don't trust them. Maluma, under careful management, with clear protocols, is a superior cultivar to Hass and it has additional benefits that Hass doesn't have."