At this year's Fruit Logistica, in addition to bananas, Frigotec presented avocados that were being ripened via the new Softripe process. The visitors to the stand were impressed and, for Managing Director Roland Wirth, it was a clear success: "My impression is that this trade fair appearance has shown the importance of the Softripe technology for the fruit world very well."

The avocados presented came from the first European softripe avocado ripening chamber in England. After originally bananas and then avocados, next year mangoes are to become the company's big focus. 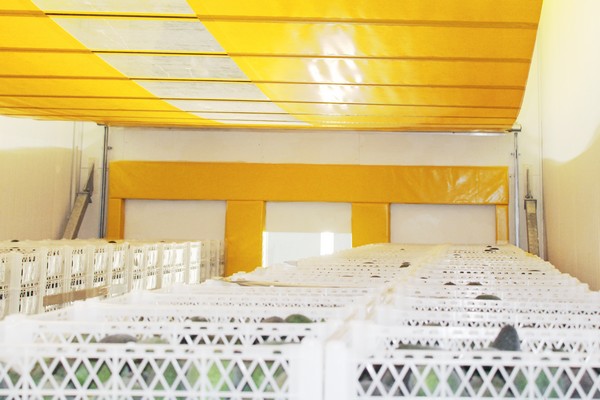 Various fruits can be ripened via the system, including, in addition to the already mentioned exotics, persimmons, pears, tomatoes and kiwis. "Very interesting is the area of stone fruits, such as nectarines. For persimmons, controlled CO2 treatment is used instead of ethylene. We hope to be able to build the first plant for post-ripening of persimmons this year, as the softripe treatment achieves a new quality in taste (fructose) and consistency," says Wirth. 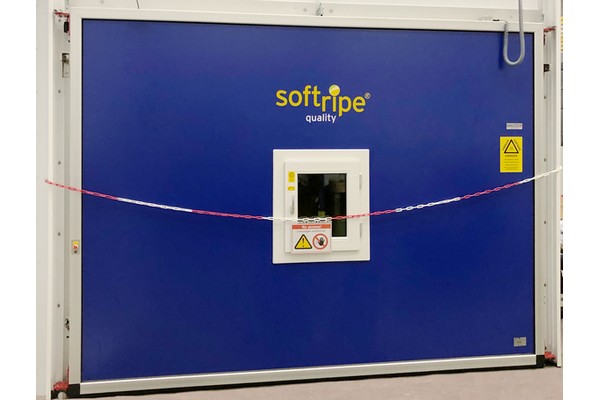 The process has to be tailored to the specific fruit, and each fruit has its own special challenges, the managing director knows. "Bananas are easier to ripen than avocados, to give an example. This is because the quality, or ripeness, of the unripe goods is more homogeneous and the goods are less sensitive to the ripening gas ethylene. Avocados are more difficult to harvest at the same degree of ripeness and therefore differ more in their initial state before ripening." With the previous ripening system, the goods must therefore be sorted and checked more often to compensate for the different ripening development of the fruit." 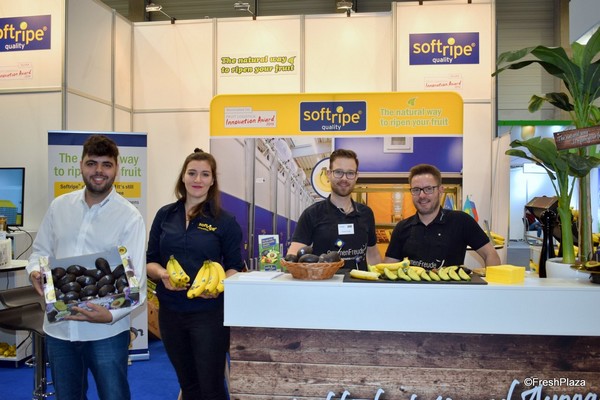 Softripe was present at Fruit Logistica with its own team: Kevin de Bortoli, Louisa Rose with Ricardo Vogel and Rocco Röder from GaumenFreude, a cooking school and Eventlocation, who were there supporting the Softripe team.

The Softripe system has been on the market since 2017, originally with a focus on the ripening of bananas. Through trade fair appearances the company is now trying to make the system known worldwide and to build up an international sales partner network. "We think that this technology is of great interest for every country in the world. There are so many advantages that we are convinced that we have found the future ripening standard."

"It does not matter whether the markets place more emphasis on quality or are more price-oriented, i.e. paying attention to reducing losses and increasing efficiency. Softripe can cover every demand for this."

Another important advantage of this innovation is its sustainability: avocados, for example, have at least twice the shelf life. "Losses are very much reduced because the fruit is ripened from the inside out and the skin of the fruit remains stable as a result". 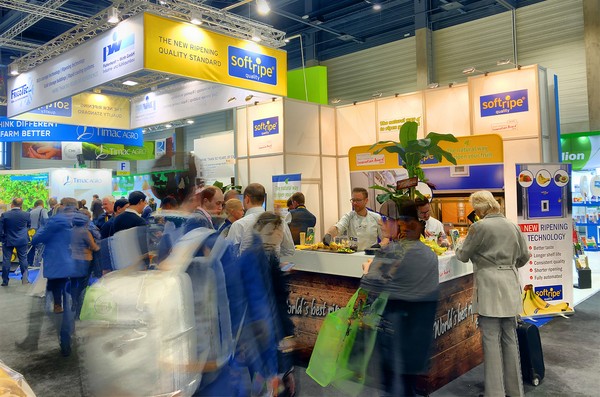 The Innovation Award of Fruit Logistica 2019, where Softripe was awarded 'silver', certainly contributed to the success. "Visitors to the fair were really able to see the difference in bananas. However, the trade was still reluctant at this point. Only with the presentation of the Softripe avocado quality at this year's Fruit Logistica, which met with an overwhelming response, did we come much closer to the market breakthrough." 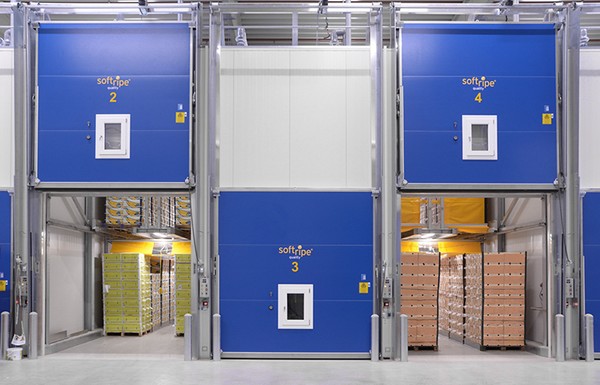 Frigotec is also looking forward to the future: "We are currently developing new fermentation technologies for specific food areas, which have their origin in softripe technology. The results could be significant in these areas," concludes Roland Wirth.