Brazil is expected to produce more than 6.000 tons of macadamia nuts this year, and these volumes have been experiencing growth due to high demand throughout the world. Marco Russo, managing director of Macadamia Brazil says: “Right now the season is in its early stages – this will go until June or July, sometimes even August or September for some growers.  Then October through December we have lower production but that is when Australia’s production is at its peak, so the two origins complement each other very well.” 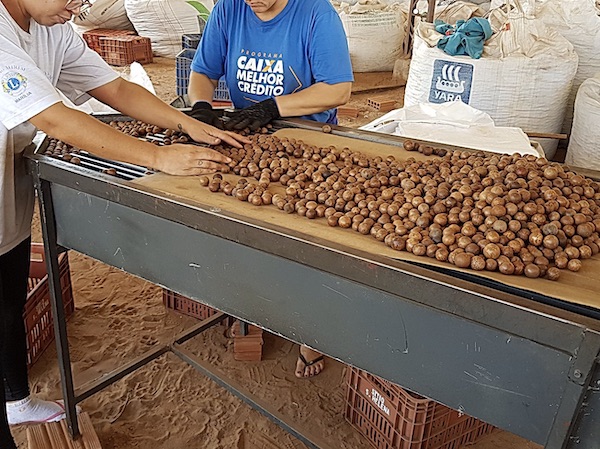 Working with small and medium producers
In Brazil, the majority of macadamias are produced in the southeast of the country, and Macadamia Brazil works mostly with small and medium growers. “The southeast of Brazil has the right altitude and climate. The altitude helps stabilize the climate and we have good rains throughout the year and then a dry season in the winter, which is what the plants like. Because of the higher altitude and location, just off the tropic lines, the climate here isn’t as tropical or as cold as other parts of the country.”

He adds: “There are a lot of small and medium producers here, and we work with them directly to export their product. There are a few large producers here also, but they usually export most of the nuts through their own channels rather than working directly with us. The producers we work with do around 100,000 to 200,000 kilos of macadamias per year, and as an organization we work with around 500-1000 tons per year.” 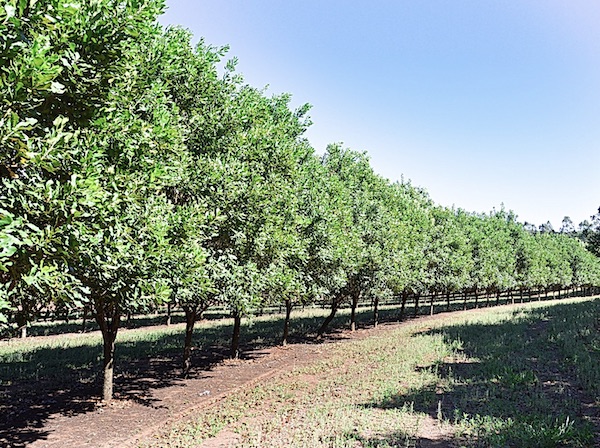 Deshelled macadamias have great demand
The macadamias from Brazil are exported to China, Europe, South America, and North America. The company works mostly with processed nuts –deshelled macadamias. “China is really the largest market with demand for the in-shell macadamias. They then deshell them on-site and resell the nuts to other countries. They also have good consumption for the nuts-in-shell. But all other markets prefer to buy the deshelled kernels and so we have started processing them here in Brazil. But they are still raw and natural, not roasted, toasted or salted,” Russo says. 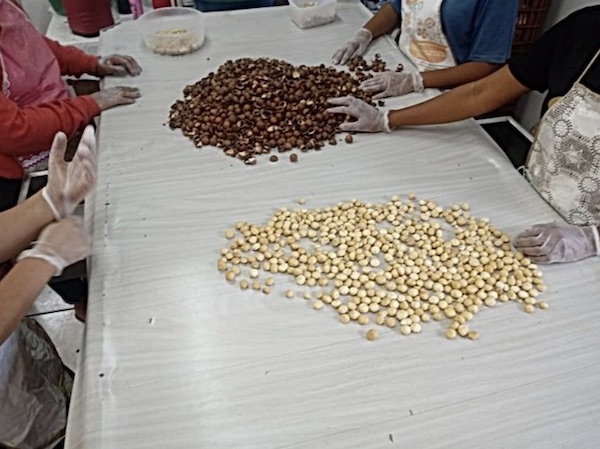 Demand outpaces supply
The demand for the macadamia nuts has been increasing a lot over the past years, according to Russo. “There is currently more demand than production, but it is difficult to quickly increase the volumes for the macadamias in order to meet this increasing demand. The macadamia trees take eight to ten years to mature and come into good production, so it is really a long-term investment.”

Brazilian producers plant new trees every new season, and every year they have new trees coming into production, so the yearly volumes have been increasing constantly. Russo shares: “We have new plants coming into production, and the market and the pricing continues to keep up with the increasing volumes we are putting out. We see many coffee producers for example switching over to macadamias since the coffee market isn’t what it used to be – and the macadamia trees are very similar in their upkeep and climate needs to the coffee trees, so it is a natural switch for the growers. But since it takes quite a few years for the trees to be producing satisfactory volumes, it is a long-term investment for these growers.”

Australia is the largest and oldest producer of macadamias, and it is also the country-of-origin for these nuts and trees. “Everything we have in Brazil for the macadamia production and market came mainly from Australia. We started producing macadamias here in the 1960s and 1970s, and all of our standards for growing, processing and packaging have come over from Australia.” Other main macadamia producing countries include South Africa, Kenya, the United States (Hawaii) and several Central American countries, such as Costa Rica. “Though the volumes coming from central America aren’t very high currently, they do have production there,” Russo adds. 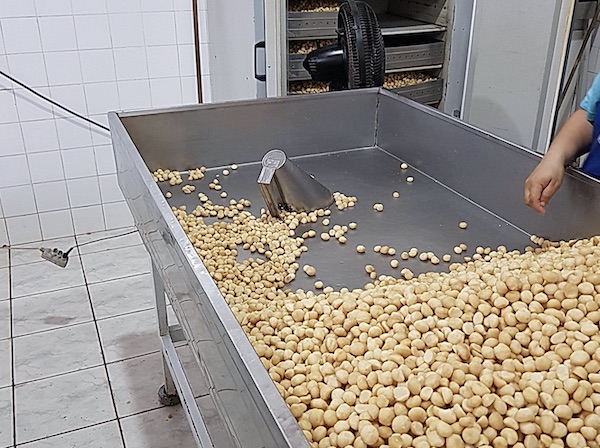