The Peruvian mango season starts around week 48 and runs through weeks 10-11. Their main variety is the Kent mango, and this year was the fourth season during which they exported their mangoes to South Korea. Tomás Acuña Vivaldi, the managing director of Vivaldi Fruits, says: “The South Korean authorities established the protocol four years ago, and we were one of the first companies to begin selling Peruvian mangoes there. This will be our fourth season trading to South Korea, and it has been getting better each year.”

Vivaldi Fruits is a Chile-based trading company founded in 2014 who source their fruits from Chile, Peru, Mexico, Brazil and Italy and exports these fruits to Europe, South Korea, China, India and South America. “As a trading company we work with exporters, but most of them are vertically integrated growers, packers and exporters,” says Vivaldi. 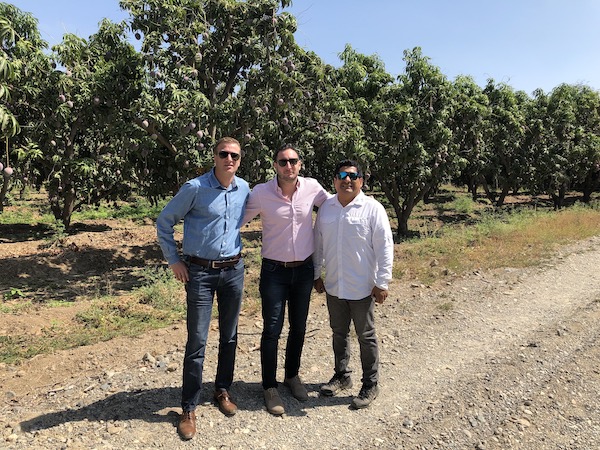 The export season for the South Korean market starts when the inspectors from South Korea arrive in Peru. Vivaldi explains: “Each container has to be inspected by the South Korean inspectors before we ship them. Prior to packing the mangos, they need undergo a hot water treatment – this isn’t unusual, and is something that is also necessary for exporting to the US, China, and Japan, but the South Korean regulations require the hot water treatment to last longer than it does for any of those other origins. This means that the mangos need to have good brix before going into the treatment because if they have low brix then the treatment will damage the fruit.”

This is why the brix of the mangos destined for the South Korean market is important, which is something that was a bit of a challenge this season. “During the first part of the season, the weather was a little colder than usual. This caused a later start to the season (about 1-2 weeks) and produced fruit with lower-than-usual brix levels. Due to the requirement of the hot water treatment, it is very important that we ensure good management at each level of the supply chain – in the orchards and in the packing houses,” says Vivaldi. 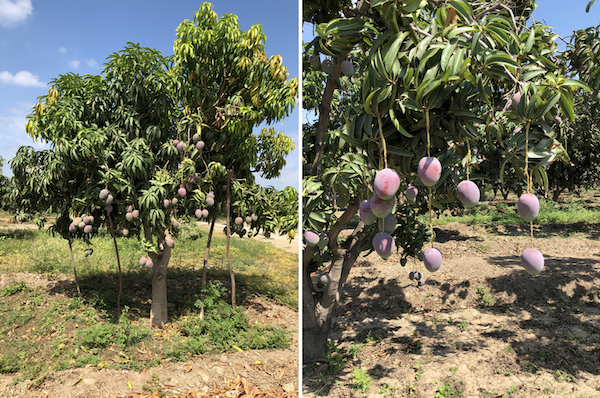 Logistical challenges
Another vital aspect of the mango exports to South Korea is the timing of the shipments, Vivaldi shares. “There can’t be more than 30 days in the transit time, so from farm to packinghouse to port we need to be very efficient with our time and no days can be wasted.”

Last season there were a few logistical issues that caused the shipments to take much too long to arrive. “Many companies sent their mangoes on shipping lines that didn’t go directly to South Korea but made a few stops in between. Even though the shipping lines promised the shipments would arrive in 25 days, it was taking between 40-50 days to arrive because the transfers at the stop-over ports were not going as planned. So, this year many companies have opted for a different port, even though it’s further away from them, and are shipping on direct lines now,” Vivaldi explains.

Similar to the cherry exports from Chile, the mangos are shipped by air at the beginning of the season until the first sea-shipment arrives. This year, after many companies switched over to direct shipping lines, the season has been very good and the South Korean market has been very satisfied with the fruit sent by Peru, says Vivaldi. “The South Korean market has very specific specifications for their mangoes: they want a good red blush, good sizes, good packaging presentations and to avoid the arrival of soft fruit – if the mangoes are ready to eat when they arrive, they are too ripe,” he says. 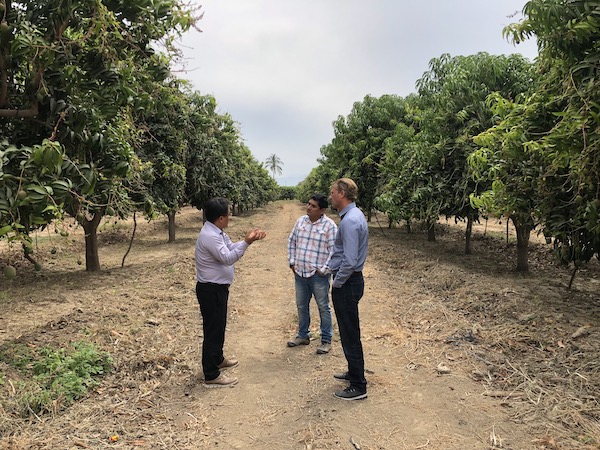 Good demand and pricing
Vivaldi shares that if the volumes and quality are right, the pricing is great in the South Korean market. “If the weekly volumes are over 20 containers then the price drops, though it still remains at a sustainable level. The peak of our season this year fell around week 3, which is when we did 40 containers in a week. But overall the volumes going into South Korea have been growing exponentially – this year’s volumes are a 100% increase over last year. So, as these numbers continue to expand, the pricing will probably act accordingly and go down over time.”

He adds: “South Korea continues to be a great opportunity for the Peruvian exporters. The pricing is best right before the lunar new year, and Peru holds the market share for the Kent mangoes. Vietnam, Thailand and Malaysia also export mangos to South Korea, but they work with different varieties, so we hold the market shares for the Kent variety, which is really popular with South Korean consumers.” 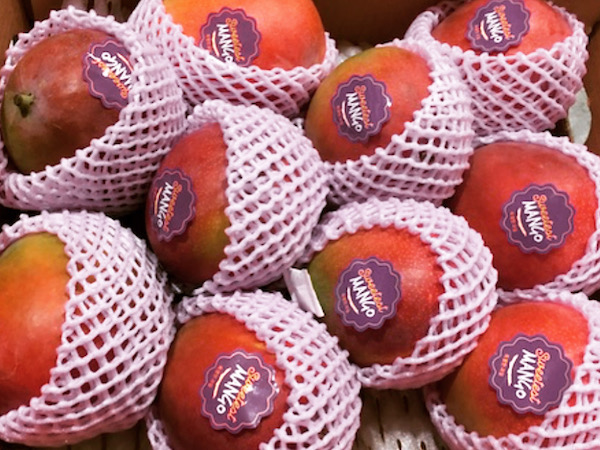 China also an important destination
This year, the volumes of mangoes entering the Chinese market were lower than usual, according to Vivaldi. He says: “China is currently a great opportunity for mangoes. Due to long transit times many exporters decided not to send to China this season and so the volumes entering the markets were very low and the pricing was really good.”

Vivaldi Fruits hasn’t yet seen any impacts on their sales volumes and pricing in the Asian market due to the coronavirus. “Our mangos end up in supermarkets and wholesale markets, but also on home-shopping channels and on the internet. Now, with the issues surrounding the coronavirus, many people are turning to these remote buying opportunities such as home-shopping and the internet. Especially during times when people are worried about their health, items like mangoes remain in good demand because of their health-benefits. They’re still being bought, and at normal pricing, but they’re just being sold and bought mostly through these remote channels,” Vivaldi concludes.