At the D’Hont onion sorting company in the Dutch village of Groede, the season also quietens down toward the end of January. Company sales, however, remain stable because more than 80% of their onions are destined for the Dutch and Belgian markets. 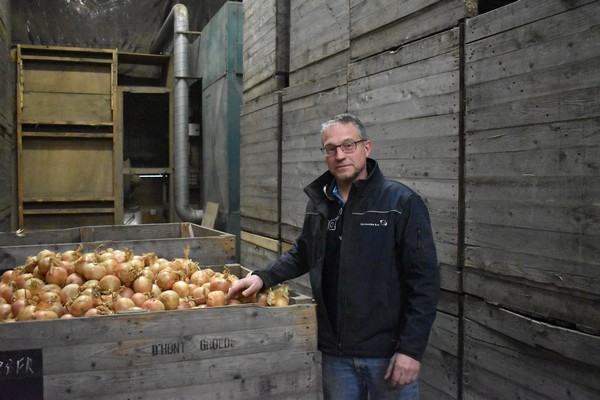 “Clients are currently mostly demanding 60+ sizes,” says company owner, Jaap D’Hont. “It was not a great season for onion farmers in the southwest of the country. They had very low yields. I am, therefore, not surprised that, at the end of January, the CBS revised its onion harvest estimate down to 50.7 tons per hectare."

The business’ own onion yields are of better quality. “We were able to irrigate our plots, totaling 50 hectares. We have an underground water source here. Irrigation also helps reduce the thrip infestation that is plaguing the region. That is why our yields were better. But not all growers can irrigate. Sometimes it is simply not possible to find a water source or the groundwater is too salty."

"Farming plans do not really help combat these small insects," explains Jaap. "Most farmers’ building plans include industrial crops such as flax and grass seeds. These, in fact, stimulate the number of thrips in the field. Some onion growers are also experiencing issues with fusarium in their stocks." 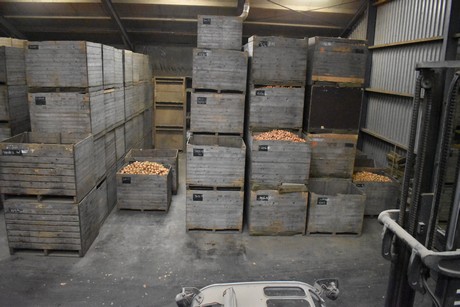 Jaap prefers getting his onions from regional growers. He is, however, forced to buy some from other places. “Small onions simply do not sell. Last year, we tried to sell these small onions in supermarkets. I had heard from a lot of people that one such a small onion is enough for them. But, it seems people buy with the eyes - they purchase the large onions. These are simply more attractive. It, unfortunately, stayed with one load.”

Just as in 2018, some of D’Hont’s onions came from parts of the Netherlands, Belgium, and France. “I am delighted with the French onions, in particular,” says Jaap. “They are large with nice coloring and very little taring. It is the second time in a row that French onions from the Orléans region have such good quality."

"The plots they are grown on are relatively new, and they have access to irrigation. We also get quite a lot of onions from Belgium. But, in general, these are of poorer quality. I have, however, noticed an increase in the Belgian onion acreage. I see onions, as a crop, are gaining popularity with the growers there.”

Jaap hopes the mood improves in the market soon. “The large sizes still sold easily in January, but the mid-sizes are having a hard time. I hope demand increases in the spring. Those onions we cannot get rid of mostly go to the processors in Poland. They buy the smaller sizes. They are, however, becoming more and more critical of what they receive.” 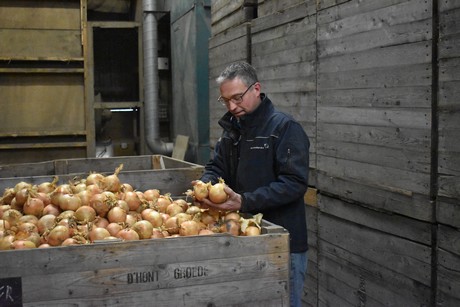 Besides yellow and red onions, Jaap trades on the niche markets too. There he sells products such as shallots and organic onions. “Although the percentages are small within the company, this extra income sometimes comes in handy."

"The second half of the export season is calmer than the first. This is mostly due to Russia falling away as a buyer in 2014/2015. That made things difficult for the onion sector. But, I have several hectares of pears too. I, therefore, know that it had a far bigger impact on the top fruit sector.”