The shortage of reefers endangers the start of the avocado season

Peruvian agricultural exports increase by 2% in 2020

Peruvian traditional and non-traditional agricultural exports amounted to more than US $ 742,380,000 in January of this year, achieving growth of only 2%, compared to the same month of last year and reached 102 markets, led by the US, stated the Association of Exporters (ADEX).

Susana Yturry, the manager of Agricultural Exports of ADEX, stated that the low growth rate in the first month of the year was occasional and not due to a particular factor; However, she said, there is uncertainty regarding the following months because the sector still doesn't know how many reefer containers will be available in the southern hemisphere to meet the demand at the beginning of the avocado season. 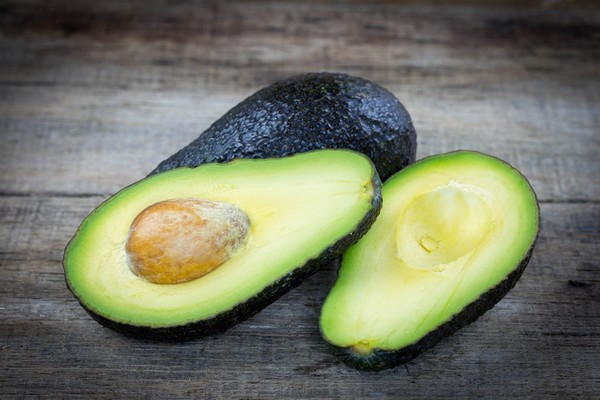 "We still maintain the expectation regarding the demand from Asia, mainly from China and South Korea, as nobody knows what will happen in the coming months," she added. "South Korea opened its market to Peruvian avocados starting this year and the current situation could severely affect the exports that have already been negotiated," she said.

She also said that they were waiting to see what would happen in the main international fairs, which should be reevaluated in terms of the participation of Peruvian companies, due to the current scenario. This is the case of Alimentaria Barcelona, which was postponed for the first half of September 2020 and Expo West in the USA, which was canceled.

Traditional shipments
According to the Agricultural Exports Management, shipments of traditional agriculture amounted to US $ 35,759,000 (down by -31.7%). That offer reached 28 markets, which were led by the US (with US $ 7,548,000), Germany (US $ 5,775,000), Colombia, and Belgium. They were followed by Sweden, Japan, the United Kingdom, Italy, Canada, Uruguay, Australia, Russia, Ireland, South Korea, and the Netherlands, among other markets.

The most important markets were the US (US $ 320,221,000) and the Netherlands, which together accounted for 56.7% of these shipments. They were followed by Hong Kong, Spain, China, Colombia, Mexico, and Ecuador. Other destination markets were South Korea, Canada, the United Kingdom, Chile, Russia, Germany, and Belgium. 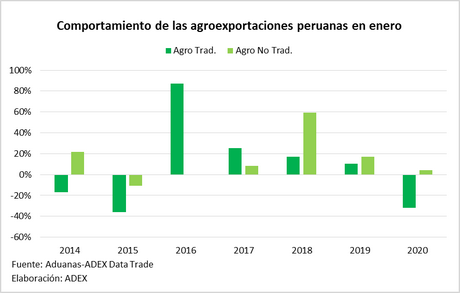 The Chinese Government is carrying out a coronavirus control program with a rigor that is unprecedented. These measures cause congestion and logistical problems that can last for several more weeks. In view of this, ADEX has asked the Ministry of Transportation and Communications to join the crisis control group created by Mincetur and to create a plan to mitigate the logistical problems that different products, such as avocados, could face.