US will see larger New Zealand apples this spring

With a larger crop this year, New Zealand apples will be coming into the US market in May.

“The crop looks to be larger this year with larger-sized fruit,” says Jason Bushong of Los Angeles, Ca.-based Giumarra. “While New Zealand also ships apples to Asia and Europe, when fruit sizes are larger, they look to the US to take that larger fruit. So we expect to have more fruit this year.”

Incoming varieties include Royal Gala, Fuji, Granny Smith and Cripps Pink apples and Bushong notes that Gala, Granny Smith and Fuji apples will bring in approximately the same volume as is typical for the season. “We’re seeing quite an extensive drop in Braeburn because that’s one apple struggling globally,” he says. “And as new varieties become available, that’s generally a variety that decreases. There is also growth in other new varieties such as Ambrosia and SweeTango.” 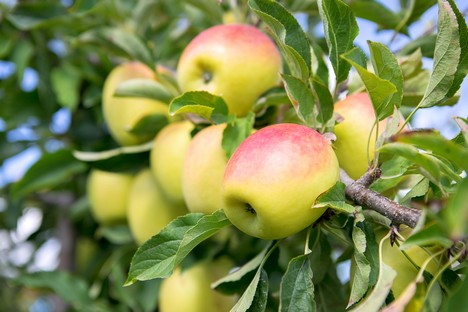 The Lemonade Apple
This year, Giumarra will again bring in the company’s exclusive Lemonade Apple. Lemonade is a Royal Gala apple cross pollinated with a Braeburn apple. “It’s unique in that it was cross-bred from two bi-colored apples, and you get good benefits from both apples,” says Bushong. “You get a hard, dense-eating crunchy apple from the Braeburn side. But you also get the sweetness of a Royal Gala combined with a bit of tartness from the Braeburn.”

The bright yellow apple has a look to it that stands out in a market full of new varieties. “For a lot of new apple varieties, the visual effect can be a bit confusing because they all look very similar on the shelf,” says Bushong. “People buy with their eyes. So we looked into the yellow category because there hasn’t been a lot of growth in yellow apples. But there are also concerns with handling it because traditional yellow apples bruise easily. Lemonade handles better than other yellow varieties because of its denseness, but it still doesn’t handle like a red apple.” 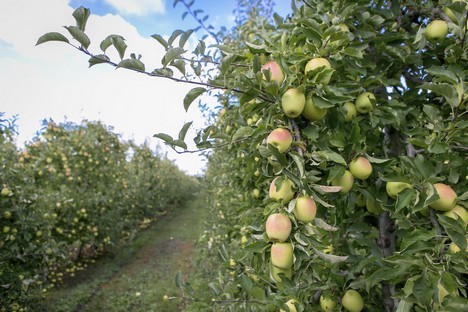 New planting developments
Giumarra has been distributing the apple for the last five to six years on a small scale in the US and it’s been met with strong demand. “This year’s volume of Lemonade apples is about the same as last year’s because the new plantings haven’t come on yet,” says Bushong. “We’ll also have Lemonade plantings coming in the US in a few years, as well.”

While Lemonade sees strong demand, spring is a tricky time for New Zealand apples, which tend to wrap up production around the middle of August. “Traditionally, apples are a fall fruit for consumers, so we do see demand drop a bit,” says Bushong. “As we come into spring-summer, there’s also domestic summer fruit at the forefront of the produce department. At this time of year, demand can get a bit more challenging for apples. But many consumers consider apples a staple category, and Lemonade offers such a great eating experience that we are confident it will find its place in consumers’ shopping carts.”

As for pricing on apples, Bushong notes that proprietary new varieties will likely see good pricing. “But varieties such as the Royal Gala, coming into the US will have its challenges because of domestic crops here,” he adds.