Today, the Alcampo de Canarias supermarkets have started to receive red bananas. The product has such a high demand and such a limited offer that producers will be unable to send it to the Spanish peninsula until next week. This, according to Ricardo Torres, the manager of FAST, a Canarian company that almost exclusively distributes this product in the Canary Islands. 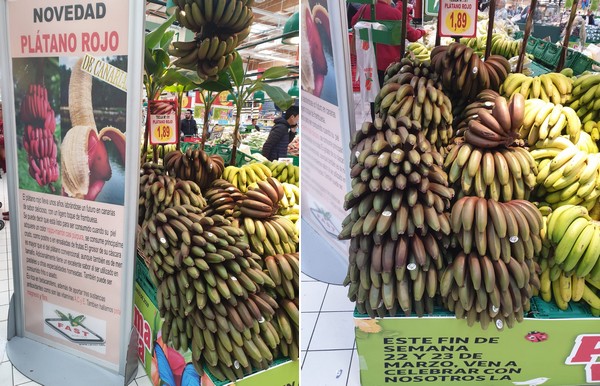 "We currently sell 99% of the red banana produced in the Canary Islands. This product sells a lot because of its unusual color. In fact, last year we could not meet all the demand of the islands and the peninsula," the producer and marketer stated. 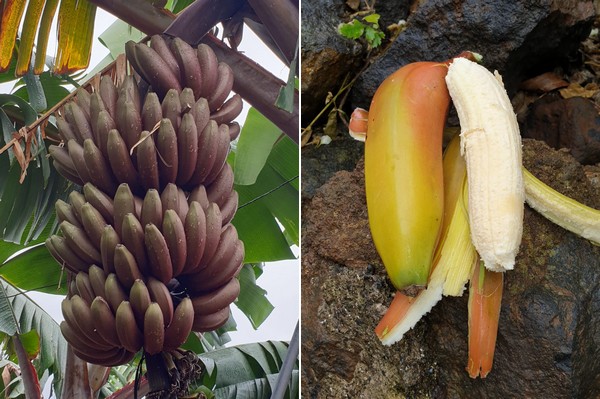 The color of red bananas lies somewhere between purple and brown. Their skin is thicker than that of yellow bananas. However, the fruit is smaller and it's color lies between yellow and pale pink. Its most surprising attribute is its sweet and light taste that reminds people a lot of raspberries.

Despite not being easily found in supermarkets, producers in the Canary Islands and Malaga have been cultivating them for 20 years since the Canary Institute of Agricultural Research (ICIA) brought the first seeds from France. 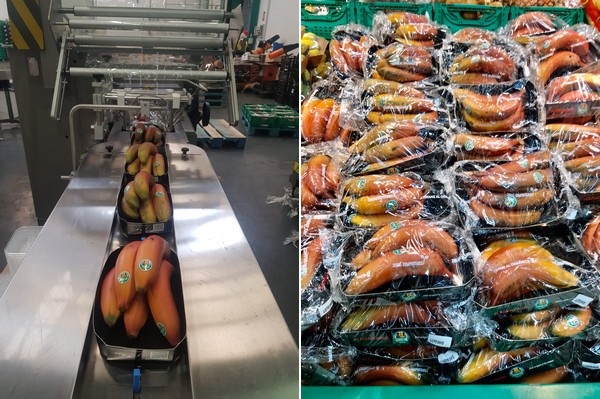 "It is a very unknown banana on the peninsula. Usually, you can find samples of them at fairs but they hardly reach the supermarket shelves. Everything we have sent to the peninsula is sold instantly," says Ricardo Torres. It is a more exclusive product than regular bananas and, since there's a small production, its price is higher. The goal is to achieve a fixed price, as right now demand is higher than supply," he added.

This banana variety is also produced in small quantities in other European banana producing areas, such as Martinica and Guadalupe. This variety is also popularly known in the United States, where it is the favorite banana of many people. It is also grown in East Africa, Asia, South America, and the Arab Emirates. 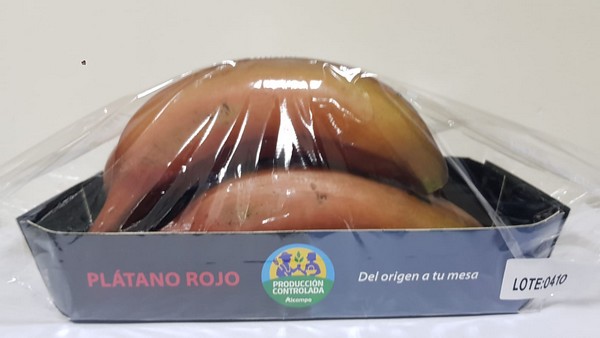 This campaign, FAST is marketing its red bananas in cardboard trays with compostable flow pack that states "I am not plastic", in order to contribute to the environment through sustainable production. Auchan Retail Spain launched its Alcampo Controlled Production brand in November last year, developing for the first time an assortment of 100% local fruit (from the Canary Islands), such as avocado, mango, parchita, tamarillo, papaya, and red bananas.