While Florida's avocado industry is still bouncing back from last year’s hurricane damage, it struggles to find new, effective weapons against laurel wilt fungal disease. The state's industry hopes for a crop of about 900,000 bushels this year, up from 800,000 bushels last year, mostly thanks to recovery from Hurricane Irma damage in 2017.

Florida is known for the large, green-skinned avocado, which is produced commercially only in the southern part of the state around Miami. Also known as the West Indies avocado, the Florida variety is larger than the darker-skinned Hass avocado that comes primarily from California or Mexico.

With the damage mostly behind them, avocado growers still wage warfare against the disease, which first appeared in South Florida's groves in 2011. Tree loss is now estimated at over $42 million, with lost avocado sales well over $4 million, according to the University of Florida.

"Pathologists are working on a vaccine to inoculate against the fungus," said Jonathan Crane, a horticulture scientist with the University of Florida. "We just got the funding for that," Crane said. "We're at the very early stages. Developing a vaccine for something like this is very difficult. We hope to have results of current tests in about three years." 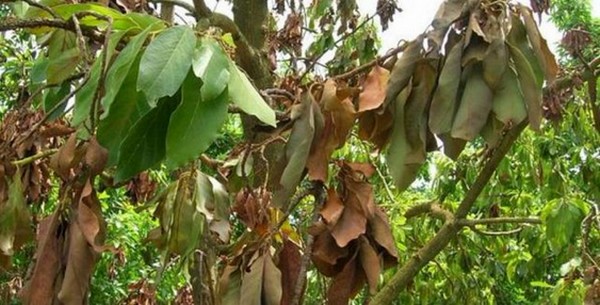 He said additional research is focused on finding varieties of avocado trees that are resistant to the disease. After the disease wiped out large tracts of older, more vulnerable avocado trees, the spread of laurel wilt isn't as bad now, but trees still succumb to it, Crane said.

Laurel wilt has killed half a billion laurel trees, which include avocados, on farms and in woods in the south-eastern United States over the last 18 years.