The Southern Exposure 2020 trade show took place in Tampa on February 29th. The show began at 12:30, and prior to this the attendees and exhibitors enjoyed a luncheon during which multiple awards were given. The luncheon also featured a keynote speaker: Tony Dungy, who spoke on how a group of people can become not only a cohesive team but also a winning team. Both the awards and the keynote speech aptly represented this year’s conference theme: Making a Difference.

At the start of the luncheon, Brandon Parker, Chairman of the Board, announced two exciting changes for the Southeast Produce Council. The first was the reveal of a new logo, which was featured for the first time during the 3-day event in Tampa. Of the new logo, he said: “This is a refresh of who we are, as well as our place in the industry.”

The next change was regarding the council’s website. “It will become more navigable, workable, and easier to use. The first phase of this update has now been completed and the overall project should be complete by April.”

SEPC Cares Initiatives
In the spirit of the theme, Making a Difference, the SEPC donated more than 1.1 million dollar in total. During the luncheon, the council gave out awards to the Arnold Palmer Children’s Hospital, Children’s Healthcare of Atlanta, Palmer Home for Children, Paul Anderson Youth Home, and the Society of St. Andrew. Each of these organizations received $25,000.

The council also donated $2,500 to the UCI Mind organization, which is the University of California Irvine’s Alzheimer research organization. This donation was made in memory of Frieda Caplan, who had been involved with and given support to this organization since 2016. Karen Caplan, Frieda Caplan’s daughter and current CEO of Frieda’s, accepted the donation and said: “My mother loved this industry so much. Thank all of you for the tremendous support and overwhelming number of condolences we have received since her passing.”

Lifetime awards
Two of the most important awards that were given out during the luncheon were the SEPC Lifetime Membership Award, and the Terry Vorhees Lifetime Achievement Award. The first was awarded to Faye Westfall of DiMare Fresh, Inc., who served as chairman of the board in 2017-2018. 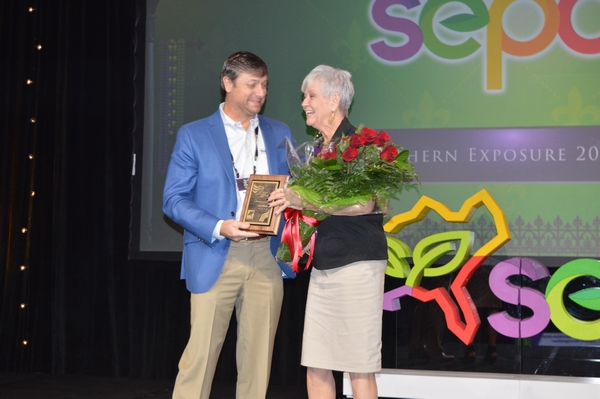 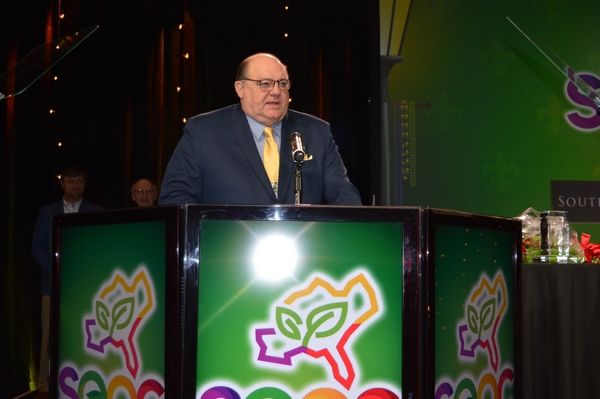 Keynote speaker: Tony Dungy
Tony Dungy is a former football player and coach in the NFL who led the Indianapolis Colts to win the Superbowl on February 4th, 2007. Dungy stands out in the world of football because his coaching strategies vastly differ from the stereotypical image. He was introduced by SEPC secretary, Raina Nelson, who said: “This man represents a too often forgotten leadership quality: kindness. He is here to remind us that kinds is a strength, not a weakness.” 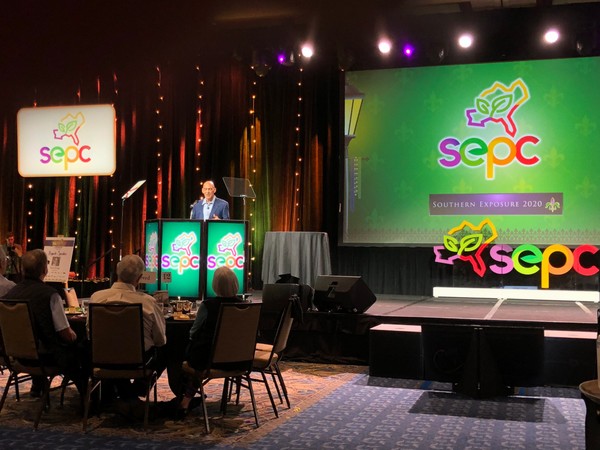 Dungy published a book last year entitled The Soul of a Team, which is about how to build a champion team. In his keynote speech, he said: “Talent is an important ingredient, of course. But it’s not the only one. You can have talent, and still not win. You can also win without being the most talented. The most important aspect of a winning team is the culture, the vision, and the willingness to work together. These are the ingredients that make a winner.”

He continues: “Champions don’t do extraordinary things. They do ordinary things better. The most important aspects of a team with soul can be found through Selflessness, Owning your role, being United, and having a Larger purpose.” Dungy explained how various players on the teams he coached became involved in their communities and how connecting with their fans and giving back to the people around them helped create a unified team.

He concluded: “Teamwork and charity should be at the forefront. This goes for my teams, but also for you all here at SEPC. Keep your unity, your S.O.U.L.”