Growers in Ciwidey in Bandung, West Java, are capable of earning a little more income by selling Japanese vegetables via a public-private partnership. They are now harvesting Japanese kuroda carrots, which are sold in supermarkets for around Rp 38,000 (US$2.69) per 800 grams compared to Rp 4,000 per kilogram for regular carrots, said Setia Irawan, the CEO of farmers’ cooperative Al Ittifaq. 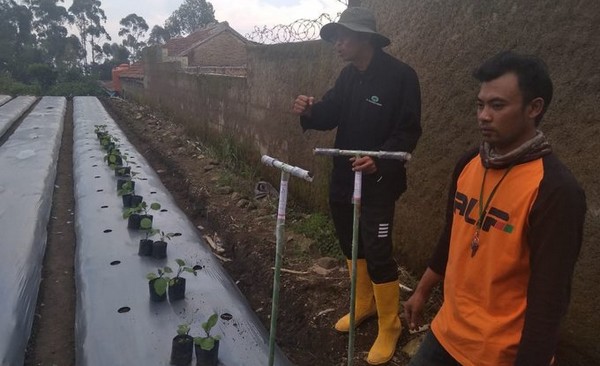 Setia's cooperative is among the beneficiaries of Indonesia's cooperation with Japan International Cooperation Agency (JICA) under the Indonesia Japan Horticulture Public-Private Partnership Project (IJHOP4). Plans for the IJHOP4 started in 2016 and were rolled out in 2017. It involved 1,396 farmers in Bandung regency, West Bandung, Bogor, Sukabumi, Cianjur and Garut between 2017 and 2019.

Aside from kuroda carrots, farmers in the targeted areas have also been cultivating momotaro tomatoes, nasu (Japanese eggplant) and mizuna (Japanese mustard greens), among other varieties.