Celery (Apium graveolens) is a vegetable crop in the Apiaceae family that originated in the Mediterranean and the Middle East. It is a popular vegetable crop and is widely cultivated in Europe, East Asia, southeastern Oceania, and southern Africa. The whole celery plant exhibits aromatic flavor, and its leaf blades and petioles are the main edible organs. In addition to containing common nutrients such as vitamins, proteins and carbohydrates, celery contains flavonoids, carotenoids, terpenoids, and unsaturated fatty acids that exhibit biological activity and physiological functions in human beings. 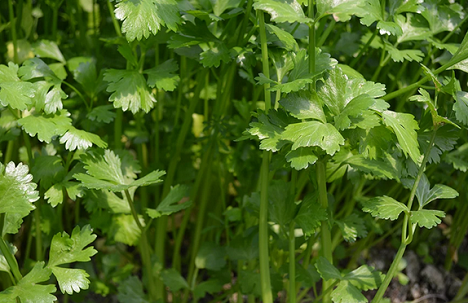 "We have sequenced the genome of celery, which is one of the most economically important species of the Apiaceae family - say the scientists at Nanjing Agricultural University (Cina) - The genome sequence of celery allowed us to identify agronomically important genes involved in disease resistance, flavonoid biosynthesis, terpenoid metabolism, and other important cellular processes. The comparative analysis of apigenin biosynthesis genes among species might explain the high apigenin content of celery. The availability of the celery genome data advances our knowledge of the genetic evolution of celery and will contribute to further biological research and breeding in celery as well as other Apiaceae plants".

The rich flavor of celery is mainly owing to its high content of terpenoids that play numerous roles in plants, such as functions in resistance to pathogens and pests, acting as the precursors of plant hormones, and participating in plant growth and development.

"The obtained genome sequences helped us to identify TPS (Terpenoid Synthase Proteins) family genes, which are essential for exploring terpene synthases and terpenoid metabolism - underline the scientists - Most of the TPS genes were strongly expressed in the late developmental stage of celery, which was consistent with the increased expression of TPS genes during carrot maturation. Although further research is needed to confirm the regulatory mechanisms of TPS genes, the results reveal that TPS genes show temporal specificity during different developmental periods. The information and genome sequence resources reported for the celery genome in this study can enhance both fundamental and applied research on celery and other Apiaceae family plants".