There’s a shortage of garlic coming from China.

“We’ve been receiving containers on fresh garlic but on peeled, we are just getting shorter and shorter,” says Juan Pablo Lozano of Miami, Fl.-based Garland, LLC.

There are a few factors behind the shortage. While traditionally in China, around the Lunar New Year (which this year happened January 25th), factories close down for a few weeks before and after the holiday, this year was different. “This year the gap was bigger because they didn’t open them at the usual time afterwards. They were closed for another three weeks because of the Coronavirus,” says Lozano. While fresh supplies of garlic have been affected, the shut-down has more so impacted peeled garlic. 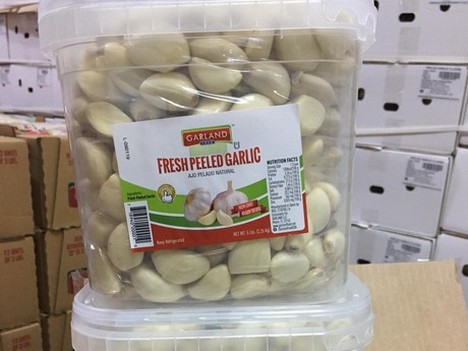 Supply chain concerns
Lozano adds that there were also supply chain issues impacting the situation. “There were other problems such as the deliveries of the jars to the factory where they pack the garlic didn't arrive. It was like a whole circle of problems,” says Lozano.

While supplies have just recently started to resume from China, other supply countries are becoming increasingly popular options for garlic, despite the fact that Lozano estimates that approximately 80 percent of the world’s garlic comes from China. “California doesn’t have enough garlic. And we now have sources bringing in garlic from Argentina,” says Lozano, who adds that Spain and Peru are also supplying garlic currently. “And everyday an increasing number of people are looking for non-Chinese garlic. There were still a lot looking for Chinese garlic. But it’s a more divided market today than ever.”

And with demand for garlic remaining strong, it’s not surprising pricing has spiked. “When more containers were shipped before Chinese New Year, the price went down a little bit,” says Lozano. “But now all of the inventory is almost gone and everyone’s trying to protect what they have.” 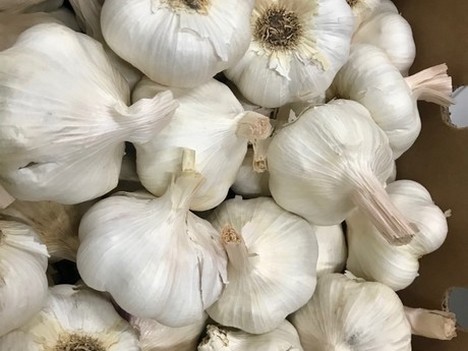 Pricing jump
That protection is coming partly in the form of those high prices. “A box of five-pack sleeves of garlic is going for $65,” says Lozano. “Normally a regular box goes for $25-$35.” Fresh garlic is also seeing boosted prices.

In addition, while Spanish garlic pricing is slightly lower (likely because supplies are currently coming out of storage crop from early summer 2019), Argentinian garlic is selling for approximately the same price as Chinese garlic. Argentina currently has the freshest crop of garlic in the world.

Looking ahead, Lozano anticipates pricing to remain high until at least the beginning of May when both Spain and China will start in on their new 2020 crops. “But personally I think they may not flood the market with garlic at that point,” says Lozano. “They’ll control the volume so the market doesn’t go from $60 right down to $20.”