Asparagus from unheated cultivation areas will be available until the end of March - beginning of April, depending on the weather. The decisive factor is the number of daily sunshine hours over the next few days, as the sunlight will cause the foil-covered dams to heat up. 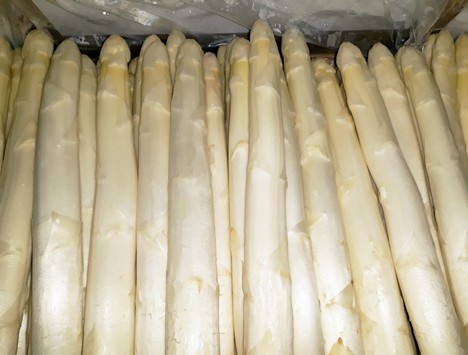 The first asparagus from heated cultivation is already being marketed at wholesale markets and specialist wholesalers. Depending on quality and calibre, the wholesale prices are around 20 euros/kg.

Labelling demands create unfair competition & inequality
According to Hans Lehar, for the time being we are still talking about small volumes. "Different quality levels are available, with the share of Class I goods dominating. It is still too early for further forecasts, as there is still an uncertain weather situation." Regionality is still an important purchasing argument, especially in the asparagus and strawberry sector.

"However, this should not lead to discrimination against growing regions or origins. Customer specifications on packaging and labelling requirements are now reaching the limits of what is feasible for producers and suppliers. In the case of foreign goods, there is nowhere a reference to a specific cultivation region and this is not even considered necessary. But German goods should, however, be labelled with additional indications of origin such as the federal state or the cultivation region; all at considerable financial and logistical expense." 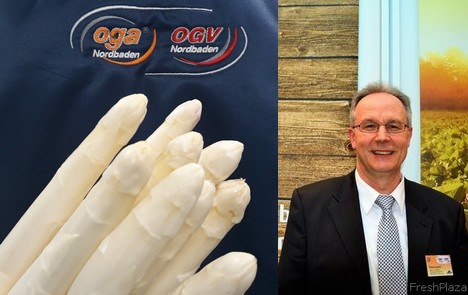 For a greenhouse-grown, organically farmed carrot salad, which comes from the food retail trade, the indication of origin is "EU/non-EU agriculture". "This means that goods from all over the world can be included in this. This is an unequal treatment and discrimination of German producers, with suffer considerable cost disadvantages," Hans Lehar continued.

Is the heated cultivation acreage reaching its limits?
Hans Lehar does not see any further growth potential for heated asparagus in the near future. "The subject of asparagus from heated areas is viewed critically in public due to the current climate debate. The question is always which energy is used to operate the heating. Is it waste heat from existing climate-friendly systems or fossil fuels? In this respect, I do not see any further growth in the heated cultivation acreage in the near future. Due to the often cloudy weather situation, I also do not believe that consumers have any significant appetite for asparagus in January and February."